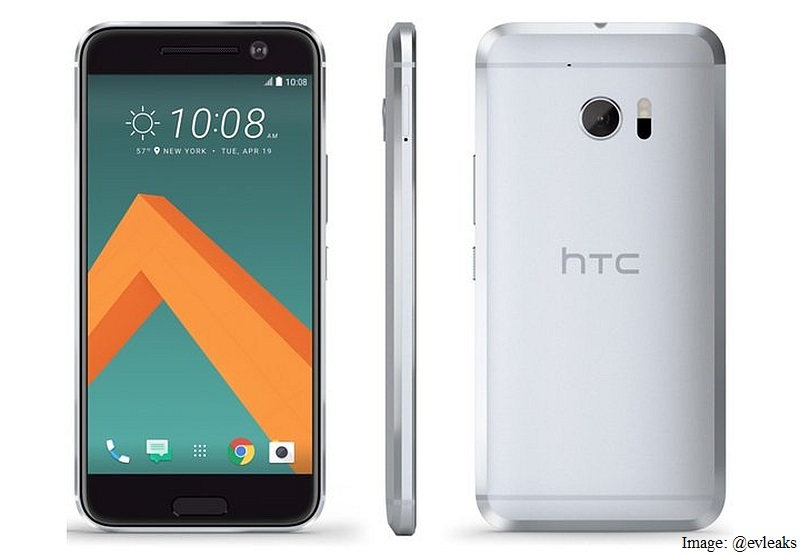 It is not a secret that HTC will soon be launching the successor to the One M9 in the market. The company has not yet revealed the launch date of the smartphone or anything else about the device except its shiny metal bezel in a teaser image. However, Internet has lately been flooded with leaks and rumours of the handset that don't seem to stop any time soon. Over the past couple of days a new set of leaks have hit the Web showing the press renders of the smartphone, live images, specifications, a possible launch date, and even a different naming scheme for the flagship handset - HTC 10.

Previously HTC unofficially confirmed the HTC One M10 moniker for the upcoming flagship smartphone. However, this might not be the case now. According to a popular tipster Evan Blass aka @evleaks, HTC will this time be ditching the 'One' and the prefix 'M' in the HTC One M10 and will be launching it with the moniker HTC 10. It should also be pointed out that HTC in its smartphone teasers has also not mentioned One M10 anywhere except a hashtag #powerof10 further cementing the rumoured HTC 10 moniker.

In the meanwhile, the HTC 10 moniker was also confirmed by another tipster @Onleaks along with some specifications and some live images showing the prototype smartphone from different angles. Blass riposted with a press render image (seen above) showing the HTC 10 from all angles. The images coming from both the tipsters are in line with each other, previous leaks, and the company's own teaser image.

The images, besides the broad chamfered edges, show the metal clad HTC 10 to sport a physical home button below the display along with two capacitive buttons for moving back and accessing multi window options. The slightly protruding rear camera with dual-LED flash is visible along with two antennas running at the top and bottom of the back panel. While there is a headphone jack at the top, the right side includes volume and power buttons. At the bottom, there is a mic, USB Type-C port, and a speaker grille. Other images in the tweet thread also hint at the HTC 10 to feature the company's Boomsound tech with Dolby Audio.

Also mentioned was the specifications of the HTC 10 along with the leaked live images. As per @Onleaks, the prototype HTC 10 model features a 5.15-inch QHD display; Qualcomm Snapdragon 820 processor; Adreno 530 GPU; 4GB of RAM; 12-megapixel rear camera (said to be the same as in Nexus 6P), and USB Type-C port. These specifications have already been rumoured in preliminary reports.

Blass in a separate tweet added that HTC 10 will be launching on April 19, the same date seen in the display of the smartphone in the render image. HTC is yet to announced the launch date of the handset and confirm its the smartphone specifications.

Further, Blass says HTC will not be making any Windows 10 Mobile variant of the HTC 10. HTC One (M8) was the company's last flagship to come in both Android and Windows Phone OS version.