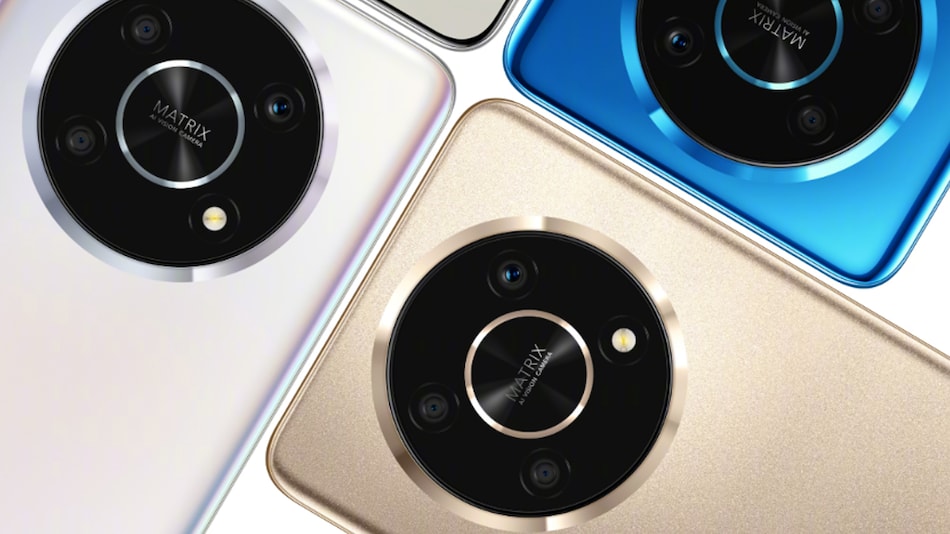 Honor X30, a new smartphone from the Chinese smartphone brand is all set to go official on December 16 in its home country. Just days before the formal debut, Honor has teased the smartphone in images, revealing some of its design specifications. The handset is shown featuring a hole-punch display and triple rear cameras. Honor X30 is confirmed by the company to come in three colour variants as well. Separately, tipsters have also leaked hands-on images and key specifications of the upcoming Honor X30. The handset is tipped to pack the latest Snapdragon 695 chipset.

Honor Club, one of Honor's official Weibo accounts, has teased Honor X30 in three different colours. The handset is seen in the image in blue, rose gold or white, and gold colours. The phone has a hole-punch display design to house the selfie shooter. For optics, the handset is seen carrying a circular-shaped rear camera module that houses three sensors along with an LED flash.

Tipster Panda is Bald (translated) shared hands-on images claimed to be of Honor X30 on Weibo. It also shows a hole-punch display and triple rear cameras. The images show a side-facing fingerprint scanner on Honor X30. In the hands-on images, the phone is seen in black, gold, and silver/ white colours

Separately, another tipster @RODENT950 on Twitter claimed that the upcoming Honor X30 will be powered by a Qualcomm Snapdragon 695 SoC that launched in October. The phone is said to feature a display of more than 6-inches with a 120Hz refresh rate. Also, the Honor handset is tipped to feature a triple rear camera unit that includes a 48-megapixel main sensor, and two 2-megapixel sensors. Additionally, Honor X30 is expected to come with 66W fast charging support.

Honor has already announced that the launch of the Honor X30 will take place on December 16 in China.