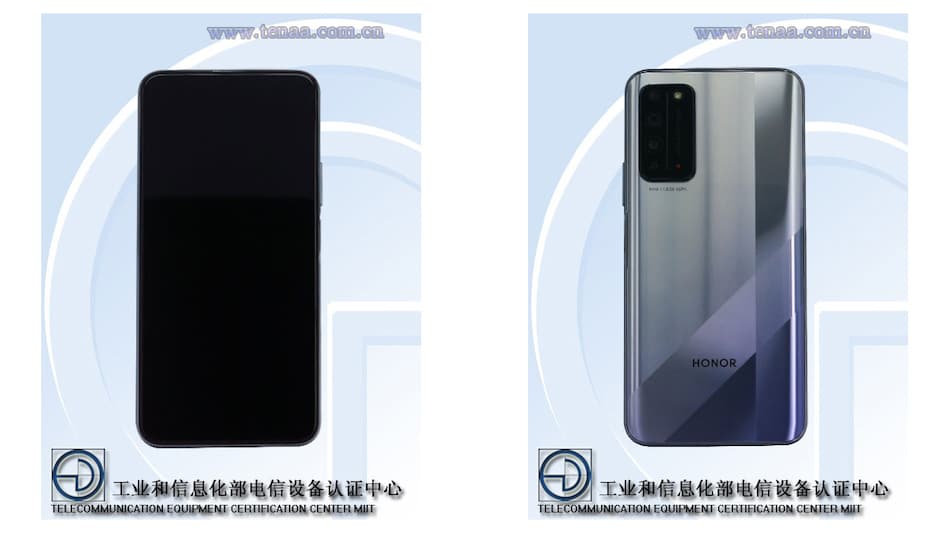 Honor X10 will be launched on May 20, Huawei's sub-brand Honor has announced. The announcement also mentions that the Honor X10 will support 5G networks. The new smartphone has been under wraps for a while now but details have not started to emerge from TENAA and China's MIIT where the device went for certification. The TENAA listing gives out some of the key specifications as well as the design of the device before its official launch.

Honor made an announcement on Weibo about the upcoming launch of the Honor X10 with a poster which claims 5G support on the smartphone. Honor only teased the 5G capabilities of the smartphone but the device has surfaced on TENAA, as seen on the MIIT website.

The listing on MIIT reveals that the Honor X10 will be powered by the Kirin 820 SoC which is 5G enabled. The Honor X10 sports a 6.63-inch IPS LCD display with full-HD+ resolution. These listings also have photos of the Honor X10 which reveal a quad camera setup at the back. The primary sensor is reported to be a 40-megapixel Sony IMX600y, along with an 8-megapixel ultra-wide-angle camera, a 2-megapixel macro camera and a depth sensor. It has a 16-megapixel shooter for selfies.

The upcoming smartphone is just 8.8mm thin and packs in a 4,200mAh battery. It also has support for 22.5W fast charging. The Honor X10 also sports a side-mounted fingerprint scanner. We can expect it to run the latest version of Android i.e. Android 10 with a custom skin on top.

There is no indicator on how the Honor X10 will be priced, so we might have to wait for more leaks to surface before the device is launched.