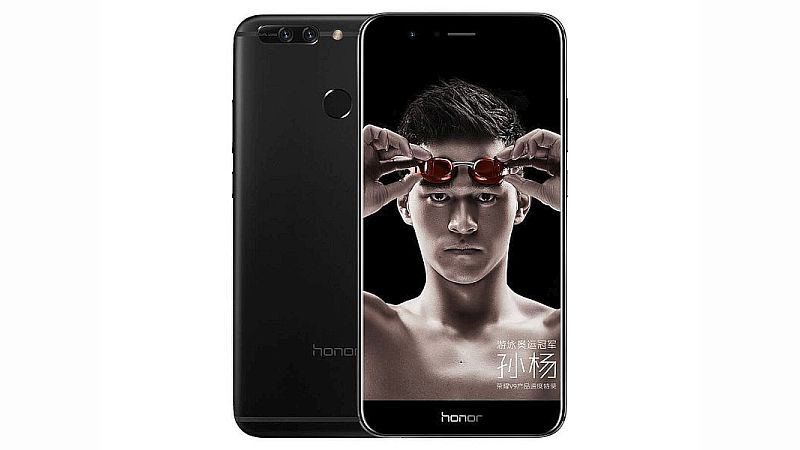 Huawei Terminal's Honor brand on Tuesday, as promised earlier, unveiled the new flagship V9 in China. The company alongside also unveiled the Honor 8 Lite in the local market, launched in Finland earlier this month, and also launched it in Japan as the Huawei nova lite. Both the smartphones are now up for registrations in the company's home land.

The Honor V9 smartphone will be available in two storage options - 64GB model priced at CNY 2,999 (roughly Rs. 30,000), and a 128GB model for which no pricing has been announced. Interested consumers can pre-book the Honor V9 from Tuesday while the handset will start shipping from February 28. The Honor 8 Lite, on the other hand, has been priced CNY 2,599 (roughly Rs. 25,000) and will start shipping from Friday. Additionally, the Chinese company has also unveiled the Huawei nova lite, which is an international variant of the Honor 8 Lite, in Japan. Unfortunately, there has been no pricing announced for the Huawei nova lite in Japan. The company says the price for the Huawei nova lite will be revealed at the time of local release on Friday.

The flagship Honor V9 features a 5.7-inch QHD (1440x2560 pixels) LTPS LCD display. The highlight of the handset is its 12-megapixel dual-cameras with f/2.2. The rear camera supports laser autofocus, LED flash, and 4K video recording. At the front, the Honor V9 sport an 8-megapixel f/2.0 camera. The Honor V9 supports expandable storage via microSD card (up to 128GB). Much like the company's other premium smartphone, the Honor V9 is powered by Kirin 960 (4 Cortex-A53 cores clocked at 1.8GHz + 4 Cortex-A73 cores clocked at 2.4GHz) coupled with 6GB of RAM. It runs on the company's own EMUI 5.0 based on Android 7.0 Nougat. The Honor V9 supports hybrid dual-SIM slot which means users will have to choose between using two SIM cards or a microSD card. It is backed by a 4000mAh battery.

Coming to the Huawei nova lite, the smartphone features identical specifications as the Honor 8 Lite and Huawei P8 Lite (2017). To refresh on the specifications of the Honor 8 Lite, it features a 5.2-inch full-HD (1080x1920 pixels) display with 2.5D curved glass protection. It is powered by the company's in-house Kirin 655 octa-core CPU paired with 3GB RAM. The smartphone offers 16GB of inbuilt storage with the option to further expand it via microSD card (up to 128GB). The Honor 8 Lite sports a 12-megapixel camera with f/2.2 aperture and autofocus. At the front, there is an 8-megapixel selfie camera as well with a 77-degree wide-angle lens. The smartphone packs a 3000mAh battery and comes in four colour options - Black, Blue, Gold, and White. The Huawei nova lite launch was first reported by Blog of Mobile.