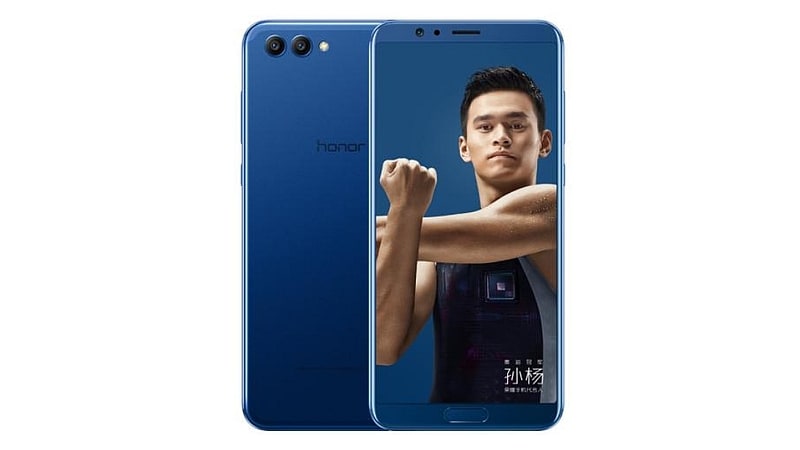 Huawei Terminal brand Honor on Tuesday unveiled the Honor V10 smartphone, the company's latest flagship-level offering complete with the top-end HiSilicon Kirin 970 SoC that's seen on the Huawei Mate 10 and is complete with a neural processing unit (NPU) for AI and machine learning related functions. Other highlights of the Honor V10 include a dual rear camera setup and a bezel-less 5.99-inch 'FullView' display with an 18:9 aspect ratio. The smartphone has been launched in China, but will be launched globally on December 5 at an event in London where the company will also launch the Honor 7X for India.

At the event, Huawei also revealed its own take on Face ID, something that will arrive on future phones. The system uses an RGB camera, IR camera, two RGB LED lights, proximity sensor, and a VSCEL projector to capture 300,000 points (10 times Apple Face ID's 30,000 points) in a 3D map of the user's face. Alongside, it also showed of an Animoji clone.

The rear camera setup on the smartphone sports two sensors - one 16-megapixel RGB sensor and the other a 20-megapixel monochrome sensor, complete with an f/1.8 aperture, PDAF, dual-LED flash. The Honor V10 bears a 13-megapixel sensor with an f/2.0 aperture. Inbuilt storage on the smartphone is either 64GB or 128GB, which can be expanded via microSD card (up to 256GB) in a hybrid dual-SIM configuration.

Connectivity options on the Honor V10 include 4G VoLTE, dual-band (2.4GHz + 5GHz) Wi-Fi 802.11ac, Bluetooth v4.2, Infrared, GPS/ A-GPS, NFC, USB Type-C (2.0), and a 3.5mm headphone jack. Sensors on board include accelerometer, ambient light sensor, digital compass, gyroscope, and a proximity sensor. It bears a fingerprint sensor on the home button. It measures 157x74.98x6.97mm and weighs 172 grams. The smartphone is powered by a 3750mAh battery that's rated to deliver up to 23 hours of talk-time on 3G, and 22 days of standby time with - it is complete with 5V/ 4.5A fast charging support.