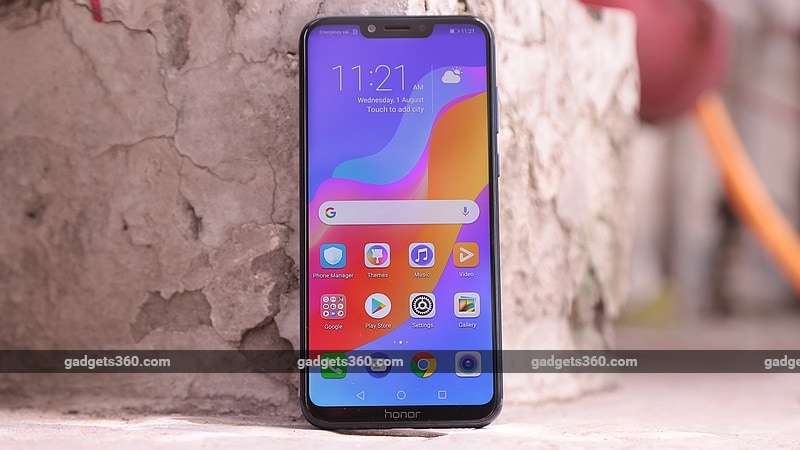 Honor Play has been launched in India, the latest mid-range smartphone from the Huawei brand. The smartphone is an Amazon exclusive, and will go on sale from 4pm IST today itself. The Honor Play was launched in China back in June, and was made available in two variants - 4GB RAM and 6GB RAM, both featuring 64GB of inbuilt storage. Both these Honor Play models have been launched in India. The company at its New Delhi launch event on Monday detailed the Honor Play price in India, its launch offers, and its specifications. The highlights of the smartphone include its 19.5:9 display, and its dual rear camera setup. Another highlight is GPU Turbo technology, which was launched with the smartphone at its China launch event, said to increase performance by up to 60 percent while reducing battery consumption by up to 30 percent. The company is also touting EMUI 8.2's AI features, which include scene, object, and 3D facial recognition, AI-based Face Unlock, Notification Safety, Party Mode, and more. There is also an AI-based shopping experience called Hi Touch, which lets users take photographs of products to quickly find and buy them via Amazon India.

The Honor Play price in India starts at Rs. 19,999 for the 4GB RAM variant, and goes up to Rs. 23,999 for the 6GB RAM variant. Both go on sale via Amazon India and the HiHonorStore from Monday itself, starting 4pm IST. The smartphones will be made available in Midnight Black and Navy Blue colour (seen above) options. The Honor Play launch offers on Amazon India include a bundled Vodafone offer that will provide 10GB of data additional per month for a year, along with an Amazon Prime subscription, and more.

Both 4GB RAM and 6GB RAM models of the Honor Play come with 64GB of inbuilt storage, expandable via microSD card (up to 256GB) in a hybrid dual-SIM configuration. Connectivity options include 4G VoLTE, Wi-Fi 802.11ac (dual-band, 2.4GHz and 5GHz), Bluetooth v4.2, USB Type-C (v2.0), GPS/ A-GPS, and a 3.5mm headphone jack. Sensors on board include an accelerometer, ambient light sensor, digital compass, gyroscope, and a proximity sensor. It bears a fingerprint rear on the rear panel. The Honor Play weighs 176 grams, and measures in at 157.91x74.27x7.48mm. It is powered by a 3750mAh battery.