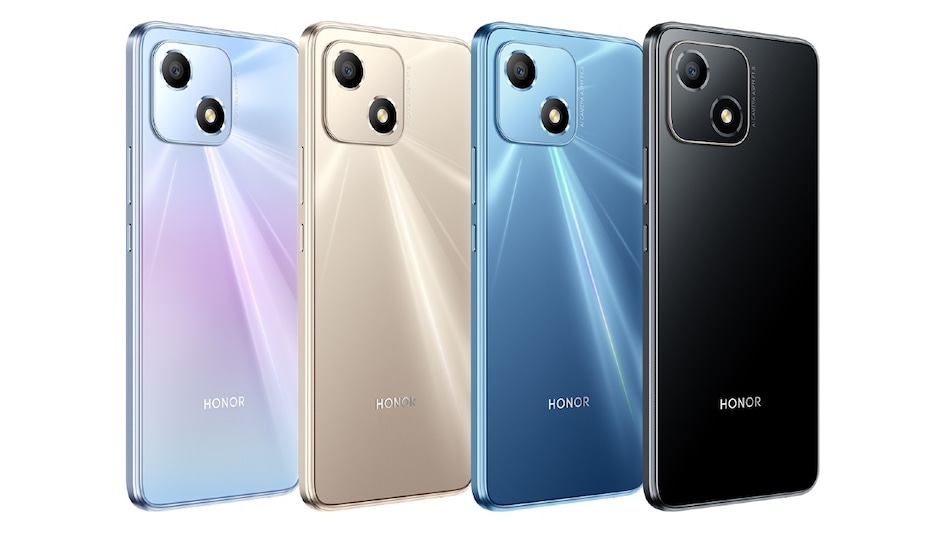 Honor Play 30 is will be available in four colour options

Honor Play 30 smartphone was launched in China on Tuesday. The entry-level smartphone comes with 5G connectivity, and a single rear camera. Its camera module looks similar to the one on iPhone 13. Under the hood, the handset comes equipped with a Snapdragon 480+ SoC, paired with up to 8GB of RAM. The Honor phone gets a smart RAM expansion feature that borrows up to 2GB of RAM from storage for smoother operations. The Honor Play 30 packs a 5,000mAh battery, and it is launched in multiple colour options.

Honor Play 30 price is not revealed yet, and the phone is currently listed for pre-reservations in China. The Honor phone will be available for purchase in Black, Blue, Gold,and White colour options.

The dual-SIM Honor Play 30 runs Android 11-based Honor MagicUI 5.0, and sports a 6.5-inch HD+ (720x1,600 pixels) TFT LCD display. The smartphone is powered by a Qualcomm Snapdragon 480+ SoC, which is paired with up to 8GB of LPDDRX4 RAM. The RAM can be expanded by up to 2GB for smoother operations. The smartphone comes with a single rear camera. There is a 13-megapixel primary sensor with an f/1.8 lens. On the front is a 5-megapixel sensor with an f/2.2 lens.

The Honor Play 30 comes with 128GB inbuilt storage which can be expanded via a microSD card (up to 512GB). Connectivity options on the Honor smartphone include Wi-Fi, Bluetooth v5.1, GPS/A-GPS, and a USB Type-C cable. Sensors onboard include ambient light Sensor, compass, proximity sensor, and gravity sensor. The phone packs a 5,000mAh battery that supports 10W charging.