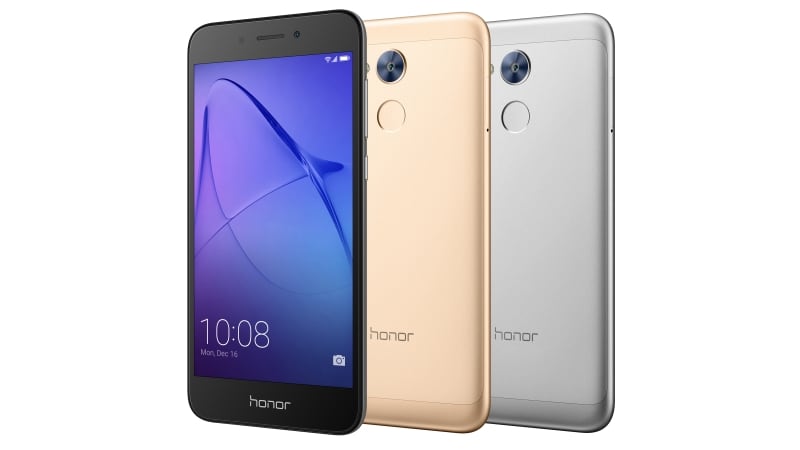 Huawei Terminal brand Honor on Tuesday launched a new budget smartphone in India, in its Holly series. Called the Honor Holly 4, the smartphone's highlights are its metallic design, fingerprint sensor, and 13-megapixel camera, apart from running EMUI 5.1 based on Android 7.0 Nougat. It will be made available to buy from Honor partner stores offline across India from Tuesday itself, the company said.

The Honor Holly 4 price in India is Rs. 11,999, and it will be made available in its Gold, Grey, and Silver colour variants. The company is touting the bundling of earphones with an in-line remote with the smartphone, apart from the charger and data cable. P Sanjeev, Vice President - Sales, Huawei Consumer Business Group India, commented on the launch, "Holly 4 is part of our festive offering to consumers wanting to buy a great device in a budget. Sporting a sleek, elegant metallic design with a fast fingerprint sensor we are confident that this smartphone will be a big winner."

The dual-SIM Honor Holly 4 runs the company's EMUI 5.1 operating system based on Android 7.0 Nougat. It has a 5-inch HD (720x1280 pixels) display and powered by a Snapdragon 430 SoC (four Cortex-A53 cores clocked at 1.4GHz and four clocked at 1.1GHz) coupled with 3GB RAM. The smartphone sports a 13-megapixel rear camera with dual-LED flash and PDAF, apart from a 5-megapixel front camera.

There is 32GB of inbuilt storage on the Honor Holly 4, expandable via microSD card (up to 128GB). Connectivity options include 4G VoLTE, Wi-Fi 802.11 b/g/n, Bluetooth v4.1, Micro-USB with OTG support. Sensors on board include an accelerometer, ambient light sensor, and proximity sensor. The company is touting the fingerprint sensor to doubles up as an additional, configurable key for shortcuts. It measures 143.7x70.95x8.2mm, weighs 144 grams, and runs on a 3020mAh battery.