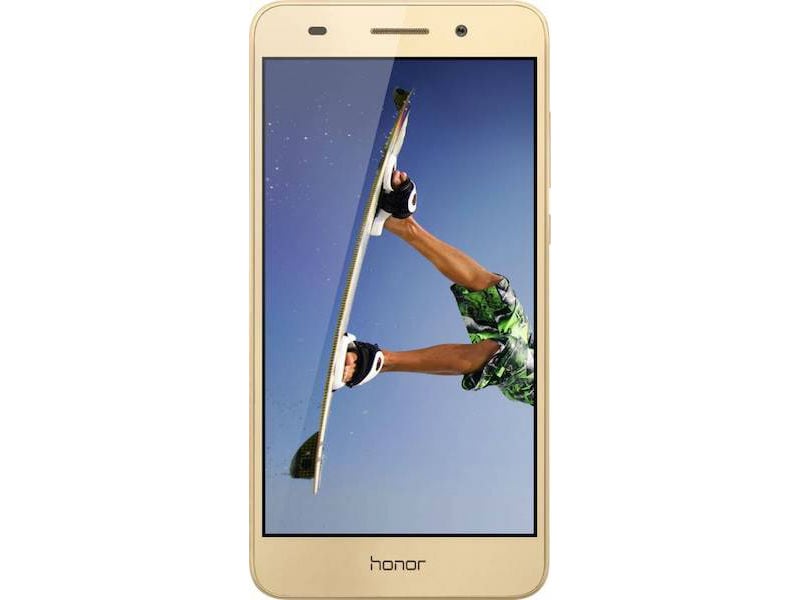 After launching the Holly 3 in October, Huawei Terminal brand Honor has launched a new variant of the smartphone in India. The new variant is nearly identical to the original, except for memory and storage - which get a bump here. The smartphone is priced at Rs. 12,999 (MOP) and is available across India through offline channels.

The new Honor Holly 3 variant is a dual-SIM smartphone and features a 5.5-inch HD (720x1280 pixels) display and is powered by a 1.2GHz Kirin 620 octa-core CPU. The major difference here is that the Holly 3 comes with 3GB of RAM and 32GB of inbuilt storage compared to the 2GB/ 16GB storage option of the original variant. The storage can be expanded via a microSD card (up to 128GB). Notably, the latest model continues to run on EMUI 4.1 based on Android 6.0 Marshmallow instead of Nougat.

Camera specifications seem to be identical as well with a 13-megapixel rear sensor and an 8-megapixel front camera for selfies, both coming with f/2.0 apertures. The Honor Holly 3 packs a similar 3100mAh battery that came along with the Holly 3. Sensors include accelerometer, proximity sensor, ambient light sensor, compass, and G-sensor.

Connectivity options include 4G VoLTE support, Wi-Fi 802.11 b/g/n, Wi-Fi Driect, Wi-Fi hotspot, Micro-USB, and Bluetooth v4.0. The Holly 3 measures the same as the original variant at 154x77.1x8.45mm and weighs 168 grams. As mentioned, the new variant of smartphone will be available through offline retailers, while the Holly 3 is available on Amazon India.

How to Download and Install iOS 11 Public Beta
Aadhaar, PAN Linking: How to Link PAN Card and Aadhaar Card by SMS Before Tonight's Deadline