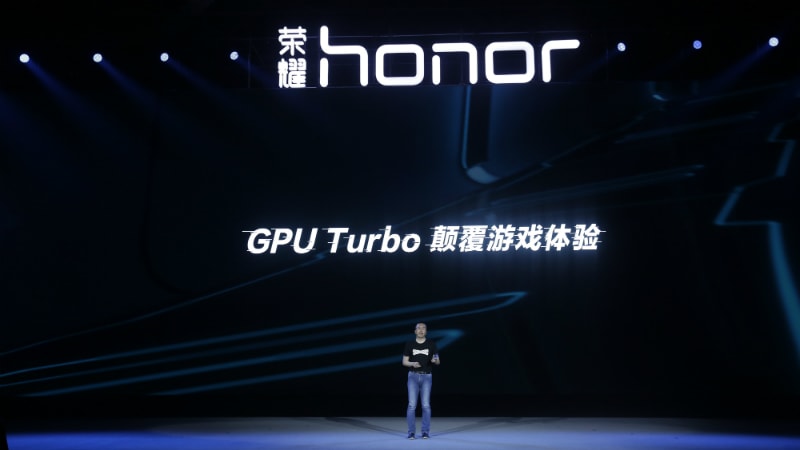 Huawei brand Honor has launched GPU Turbo as its new hardware-software integrated graphics acceleration technology to enhance the graphics performance of its smartphones. The latest development is touted to increase graphics processing efficiency by 60 percent alongside reducing the SoC energy consumption by 30 percent. While the Honor Play debuted as the first handset to include GPU Turbo out-of-the-box, the Chinese brand is set to bring the enhanced graphics experience to Honor 10, Honor View 10, Honor 9 Lite, and Honor 7X as well via a future software update. The proprietary technology will also eventually be opened to all Honor users around the globe.

Essentially, GPU Turbo reconstructs the traditional graphics processing framework at a lower system layer to improve the user experience. Honor says that it has developed the new technology after exploring the field of graphics processing. The new development is said to re-shuffle the balance between smartphone performance and energy consumption. Similarly, it is touted to offer "outstanding graphics quality" on games even if they doesn't natively support HDR imaging.

Honor believes that its GPU Turbo will benefit mobile games that require high graphics processing efficiency by enhancing the speed and optimising the gaming experience. The technology will also bring support for augmented reality (AR) and virtual reality (VR) in the future to expand its applications in sectors such as virtual teaching, online shopping, and telemedicine.

"We're thrilled to achieve this technology breakthrough as Honor has been strived to provide the best user experience to our global customers," said George Zhao, President of Honor, in a press statement while announcing the new development. "With this GPR Turbo, we are confident that we can highly improve our market advantages by significantly enhancing our graphics processing efficiency and offering the impeccable mobile experience."