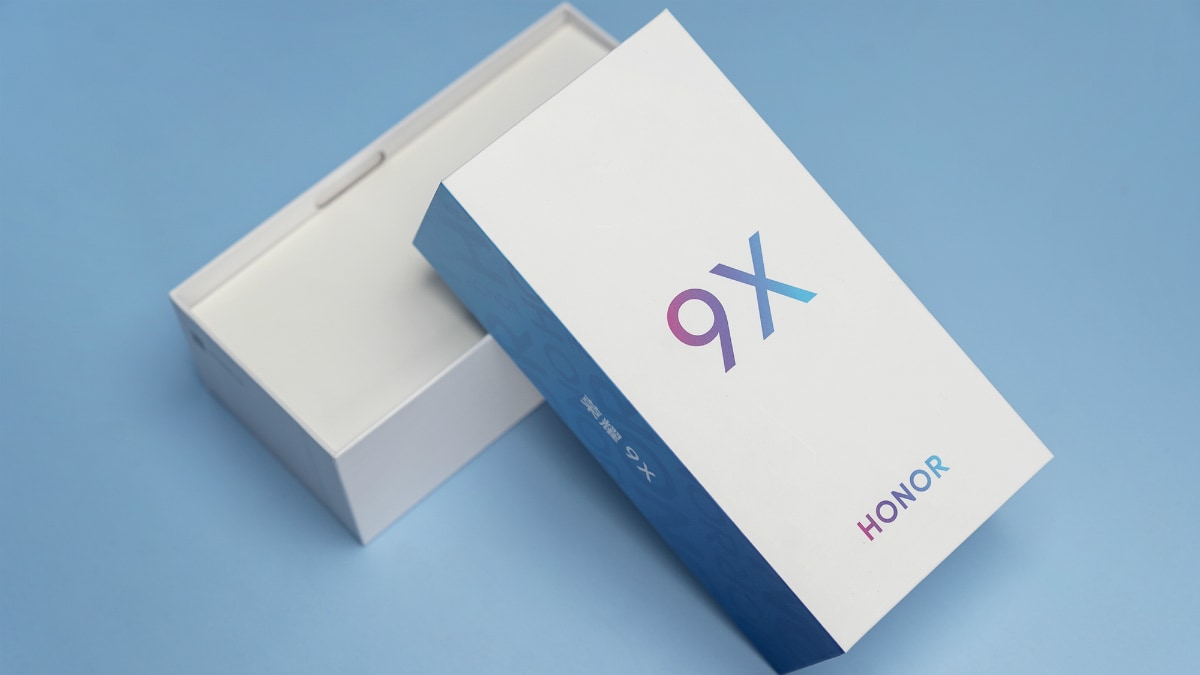 Honor 9X retail box has been released on Weibo

Honor 9X retail box has been revealed just days ahead of its formal launch. The box shows a multi-colour design with a white top panel sporting the Honor 9X label in a mix of blue and purple colours. This suggests a gradient finish on the upcoming Honor phone. The Chinese brand earlier this week confirmed that it is launching the Honor 9X on July 23. The phone will debut with an octa-core HiSilicon Kirin 810 SoC and rumoured to carry a pop-up selfie camera.

Honor Vice President has released the images of the Honor 9X retail box on Weibo. While the in-box content including the phone aren't visible, the images are fine enough to suggest that the new Honor phone would come with a gradient finish.

For some time now, Honor -- just like every other Chinese brand -- has been offering gradient finishes on its phones. So, we won't be surprised if the Honor 9X would come with a gradient paintjob. But last year, the Honor 8X was launched with a dual-tone design at its back that was touted to show off a "visual grating effect." Similar treatment on the new handset would certainly help attract some customers.

Honor earlier this week confirmed that the Honor 9X launch in China is set for July 23. A Weibo post by the brand also recently highlighted that the phone will come with the 7nm octa-core HiSilicon Kirin 810 SoC that debuted on the Huawei Nova 5 last month.

A leaked schematic of the Honor 9X suggested that there would be a pop-up selfie camera module and a dual rear camera setup. The rumour mill has also claimed that the smartphone would come with an LCD panel measuring between 6.5 and 6.7 inches and pack a 3,750mAh battery with 10W charging support.

There is still no word on Honor 9X price, but given the official launch on July 23, we won't have to wait very long.