Honor 9X is expected to be accompanied by a Honor 9X Pro variant as well. 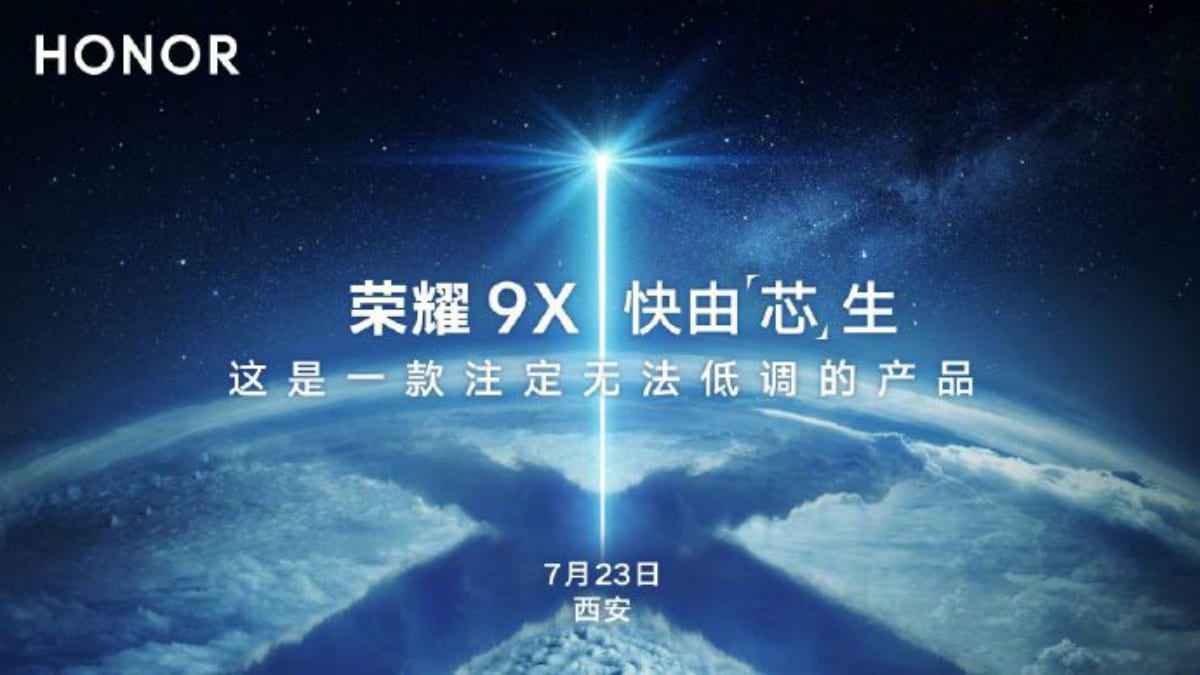 Honor 9X is to launch this month

Honor 9X is all set to launch on July 23. The company has announced the launch date for the smartphone. The Honor 8X successor was leaked recently, and it is tipped to come with a Kirin 810 processor which is the successor to the Kirin 710 SoC. The official pricing and specification details will be revealed in China at the launch event on July 23. The Honor 8X was launched in September last year and arrived in India a month later.

Honor took to Weibo to announce that the Honor 9X will be launched in China on July 23. The poster shared alongside shares little else, except for the launch date. As mentioned, the pricing, specifications, and availability details will be revealed at the launch event. The company will presumably roll out teasers running up to the launch, revealing details bit by bit.

A recent report suggests that Honor is working on two smartphones and we can expect both the Honor 9X and the Honor 9X Pro to break cover at the same event. The Honor 9X is tipped to sport a Huawei Kirin 810 SoC, and will likely come with an LCD display measuring between 6.5 and 6.7-inches.

As mentioned, there might also be a Honor 9X Pro variant, that is expected to be powered by a Huawei Kirin 980 SoC and pack in a 4,000mAh battery. It is tipped to have a quad camera setup at the back consisting of a 48-megapixel primary camera, an 8-megapixel second sensor and two 2-megapixel sensors.