Honor 9A to Launch in India on July 31, Sales to Likely Kick Off During Amazon Prime Day

Honor 9A was first unveiled in Russia in a single storage variant back in April. 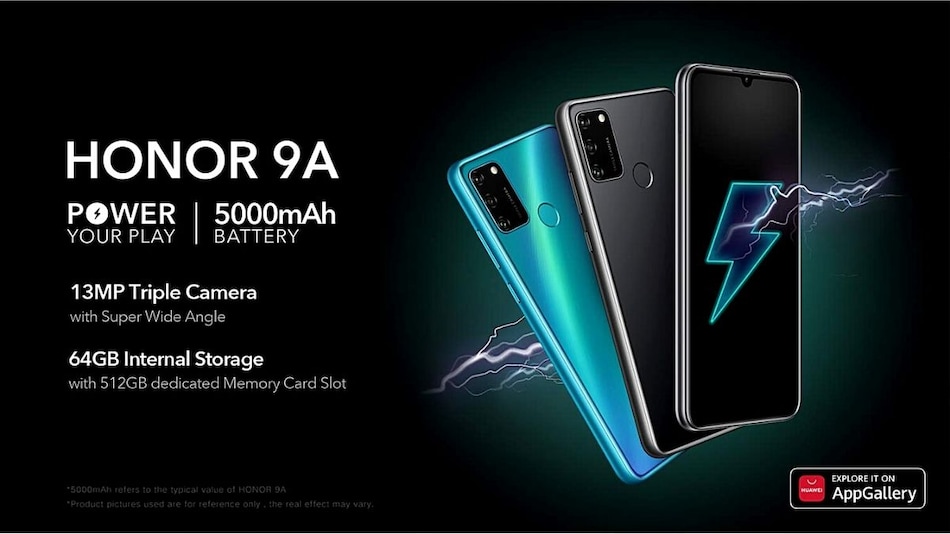 Honor 9A will come in two colour options in India

Honor 9A smartphone is set to launch in India on July 31, as revealed by an Amazon teaser. The phone was first unveiled in Russia back in April in a single storage model that has three colour options. Key specifications of the upcoming Honor 9A include triple rear cameras, octa-core MediaTek Helio P22 SoC, 5,000mAh battery and single selfie camera. The Honor phone also carries a fingerprint sensor at the back. The Honor 9A further carries Huawei Mobile Service (HMS) and App Gallery store instead of Google Mobile Services and Google Play store.

The Chinese smartphone brand is yet to disclose the pricing of the Honor 9A for the Indian market. The phone will go on sale in the country via Amazon. The Amazon is teasing the phone as one of its Prime Day special launches, suggesting that it will go on sale beginning August 6 in the country.

To recall, the Honor 9A that was originally launched in April, carries a price tag of RUB 10,990 (roughly Rs. 11,200) in Russia for the sole 3GB + 64GB storage variant. Its price in India is likely be set around a similar price bracket.

The company has revealed that the upcoming Honor phone will be available in Midnight Black and Phantom Blue colour options in India.