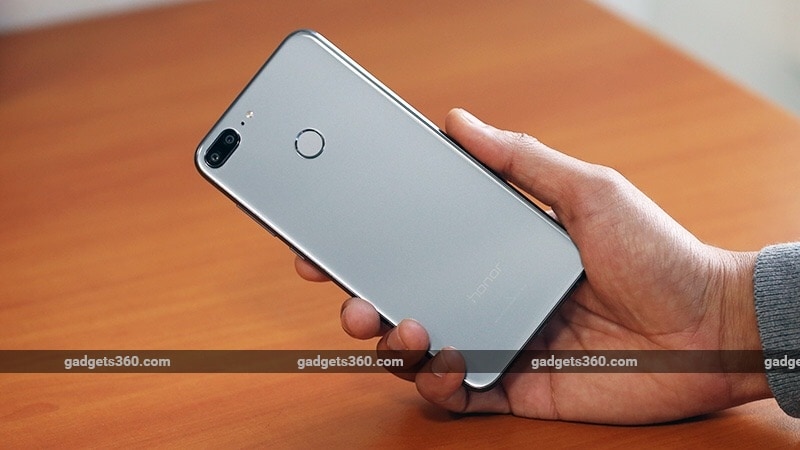 The Honor 9 Lite price in India starts at Rs. 10,999 for the 3GB RAM/ 32GB storage variant. The 4GB RAM/ 64GB variant, on the other hand, is priced at Rs. 14,999. Both variants will go on sale exclusively via Flipkart and the Honor India Store in flash sales. The first flash sale will be on 12am IST (midnight) on January 21, followed by the second at 12pm (noon) IST the same day. Following these sales, the next two sales will be held at noon on January 22 and January 23. To recall, during the China launch, there was a 4GB RAM/ 32GB storage variant that was unveiled - however, India will not get the variant. The two RAM/ storage variants launched in India will be made available in Sapphire Blue, Midnight Black, and Glacial Grey colour variants. In terms of launch offers, Honor is offering 10 percent instant discount for Citibank credit and debit card users.

As mentioned earlier, the Honor 9 Lite has four cameras. Both sets of dual cameras feature a 13-megapixel primary camera with a 2-megapixel secondary camera. Also, the camera at the back has LED flash and PDAF autofocus.

In terms of storage, the Honor 9 Lite comes with two storage options - 32GB and 64GB - both of which are expandable via microSD card (up to 256GB) in a hybrid dual-SIM configuration. When it comes to connectivity, the smartphone features Bluetooth, Wi-Fi 802.11 b/g/n, 4G VoLTE, GPS/ A-GPS, Micro-USB with OTG support, and a 3.5mm audio jack. The sensors on the handset include accelerometer, ambient light sensor, magnetometer (digital compass), and proximity sensor.