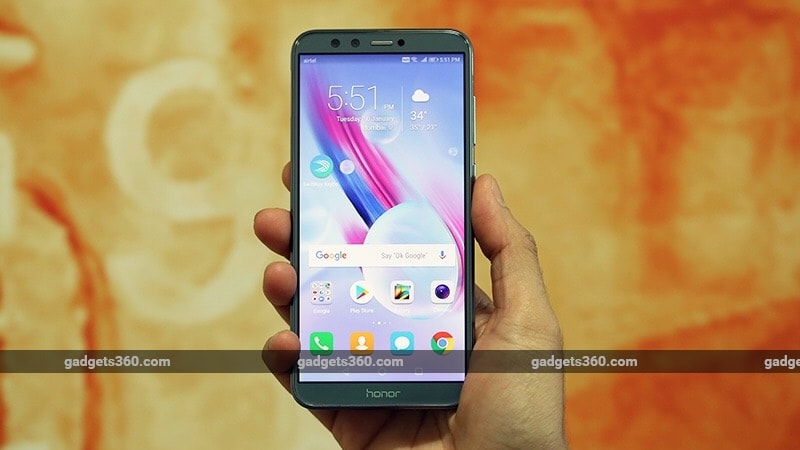 Honor 9 Lite, the latest model in the growing portfolio of Huawei's Honor smartphones, is all set to go on sale in India via Flipkart with a price starting at Rs. 10,999. The first flash sale will begin at 12am IST (midnight) on January 21, followed by the second at 12 noon IST the same day. Following these sales, the handset will be available through two other flash sale rounds that will be held at noon on January 22 and January 23. The smartphone will come with a complimentary back cover and during the flash sale, customers will be offered with 10 percent cashback on Citibank credit and debit cards. Also, Flipkart is offering a guaranteed buyback value of up to Rs. 7,000. The online marketplace has notably received interest from over four million customers ahead of the first flash sale.

The Honor 9 Lite price in India is set at Rs. 10,999 for its 3GB RAM/ 32GB storage variant, while the 4GB RAM/ 64GB variant is priced at Rs. 14,999. Both variants come in three different colour options, including Sapphire Blue, Glacier Grey, and Midnight Black. They were launched in the country on Wednesday.

"We are very delighted with the opportunity to showcase Huawei's Honor brand on Flipkart.com, and to bring the Honor 9 Lite to the Indian customers right after the China launch before any other market globally," said P. Sanjeev, Vice President, Huawei Consumer Business Group, in a press statement.

Based on Android 8.0 Oreo, the dual-SIM (Nano) Honor 9 Lite runs EMUI 8.0 and features a 5.65-inch full-HD+ (1080x2160 pixels) IPS display with 18:9 aspect ratio and 428ppi pixel density. The handset is powered by an octa-core Huawei HiSilicon Kirin 659 SoC, coupled with 3GB and 4GB RAM versions. Further, the Honor 9 Lite has four camera sensors on the front and back sides. The dual camera setups on the front and back have a 13-megapixel primary camera sensor and a 2-megapixel secondary camera sensor alongside a rear-facing LED flash and PDAF autofocus system.

The Honor 9 Lite has two storage options, in 32GB and 64GB, both of which are expandable via microSD card (up to 256GB) in a hybrid dual-SIM configuration. The smartphone has 4G VoLTE, Wi-Fi 802.11 b/g/n, Bluetooth, GPS/ A-GPS, Micro-USB with OTG support, and a 3.5mm headphone jack. Sensors on board include accelerometer, ambient light sensor, magnetometer (digital compass), and proximity sensor. Plus, the handset packs a 3000mAh battery that is touted to deliver a talk time of up to 20 hours on a 3G network. It measures 151x71.9x7.6mm and weighs 149 grams.