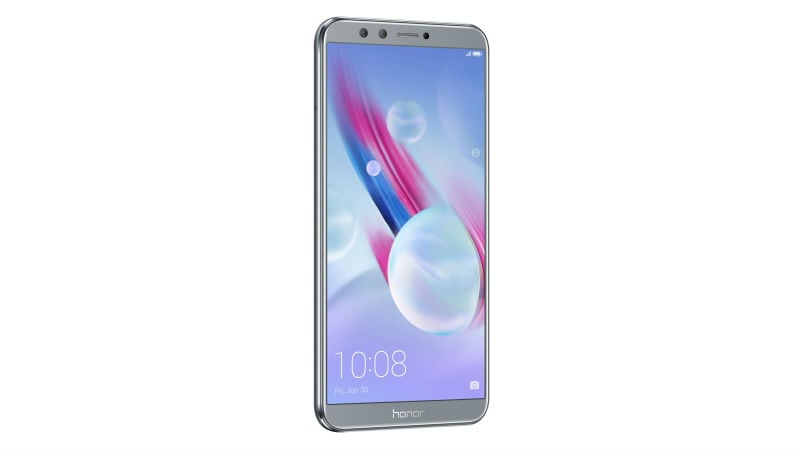 Honor 9 Lite has started receiving the advanced Face Unlock feature. Huawei brand Honor on Wednesday announced that it has started rolling out the new feature via an OTA (over-the-air) update in India that will be available to all Honor 9 Lite users by March 5. The proprietary feature was debuted on the Honor View 10 flagship in November last year.

You can manually check for a new software update on your Honor 9 Lite to see the availability of the Face Unlock feature. To check the update, go to Settings > System updates. Since the OTA release is rolling out in batches, it could take some time to reach your device.

As its name suggests, the Face Unlock feature allows you to unlock the Honor 9 Lite using your own face. You need to enrol your face by accessing the Face Unlock feature in the Settings menu and then simply look at the front camera of the device. This helps the provided facial recognition technology recognise your face and enable an easy unlocking function over the existing fingerprint, pattern, or PIN unlock. Honor also states in a press note that the feature detects the positioning between you and the Honor 9 Lite to adjust the direction for unlocking the screen accordingly.

"Honor 9 Lite will be the most affordable smartphone in the Indian market to support Face Unlock feature and will further emerge as the best value for money smartphone with superior hardware and software configurations," said P Sanjeev, Vice President, Sales, Huawei Consumer Business Group.

Last month, Honor upgraded the Face Unlock feature on the Honor View 10 by releasing a new software update. The feature, which was initially available for just checking mobile notifications, was uplifted to detect when users are looking at the display. This was designed to turn off the display in idle time. Similarly, the Chinese company added the ability to detect the positioning between the users and the phone to adjust display orientation accordingly and a feature to detect the eyes of the users are closed. All these tweaks were apparently meant to enhance the facial recognition technology to ultimately take on companies such as OnePlus that are also expanding their face unlock versions.

Alongside the Face Unlock feature, the Honor 9 Lite (Review) has a decent list of specifications to persuade buyers. The dual-SIM (Nano) Honor 9 Lite runs EMUI 8.0, based on Android 8.0 Oreo, and features a 5.65-inch full-HD+ (1080x2160 pixels) IPS display with 18:9 aspect ratio. The smartphone is powered by a Huawei HiSilicon Kirin 659 SoC, paired with 3GB and 4GB RAM variants. Also, it has dual camera setups on the front and back - both with 13-megapixel and 2-megapixel sensors.

The Honor 9 Lite comes with two storage options - 32GB and 64GB. Both options support expansion via microSD card (up to 256GB) in a hybrid dual-SIM configuration. In terms of connectivity, there is 4G VoLTE, Bluetooth, Wi-Fi 802.11 b/g/n, GPS/ A-GPS, Micro-USB with OTG support, and a 3.5mm headphone jack. The smartphone packs a 3000mAh battery and weighs 149 grams.