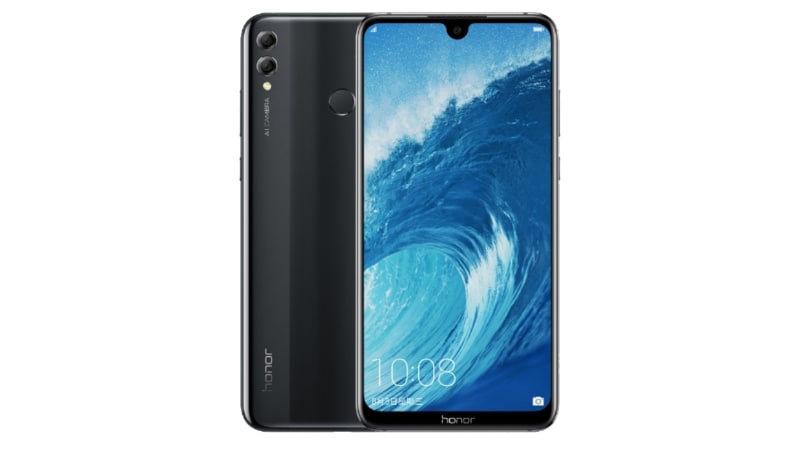 Huawei sub-brand Honor on Wednesday launched the Honor 8X and Honor 8X Max after weeks of leaks and hype. Both new smartphones feature glass-finish back panel and have dual rear camera setup. The smartphones also have thin-bezel displays. While the Honor 8X features a iPhone X-like display notch, the Honor 8X Max sports a waterdrop notch. The smartphones have displays with 18.7:9 and 19.5:9 aspect ratios and include Dolby Atmos surround sound backed by stereo speakers. Further, there is a TUV Rheinland-certified blue light protection. Honor has provided artificial intelligence (AI) powered features on the Honor 8X and 8X Max to deliver enhanced image results. The handsets also include features such as AR stickers, Portrait mode, HDR, and Super Night Scene among others.

As a successor to the Honor 7X, the dual-SIM (Nano) Honor 8X runs EMUI 8.2.0 on top of Android 8.1 Oreo and features a 6.5-inch full-HD+ (1080x2340 pixels) TFT IPS display along with an 18.7:9 aspect ratio and 397ppi of pixel density. There is an octa-core HiSilicon Kirin 710F SoC, coupled with 4GB and 6GB RAM options. The smartphone has a dual rear camera setup that comprises a 20-megapixel primary sensor and a 2-megapixel secondary sensor, along with an f/1.8 aperture. The camera setup is accompanied by an LED flash. On the front, there is a 16-megapixel sensor that is backed by an f/2.0 aperture.

The Honor 8X has 64GB and 128GB of onboard storage options that both are expandable via microSD card. The smartphone has 4G VoLTE, Wi-Fi 802.11 a/b/g/n/ac, Bluetooth v4.2, GPS/ A-GPS, Micro-USB, and a 3.5mm headphone jack. Sensors on board include an ambient light sensor, compass, fingerprint sensor, gravity sensor, gyroscope, and a proximity sensor. Besides, the handset packs a 3,750mAh battery and measures 160.4x76.6x7.8mm.

The Honor 8X Max has 64GB and 128GB storage options that both are expandable via microSD card. In terms of connectivity, the smartphone has 4G VoLTE, Wi-Fi 802.11ac, Bluetooth v4.2, GPS/ A-GPS, and Micro-USB. Onboard sensors include an ambient light, compass, gravity sensor, gyroscope, and proximity sensor. Besides, the smartphone packs a 5,000mAh battery and measures 177.57x86.24x8.13mm.