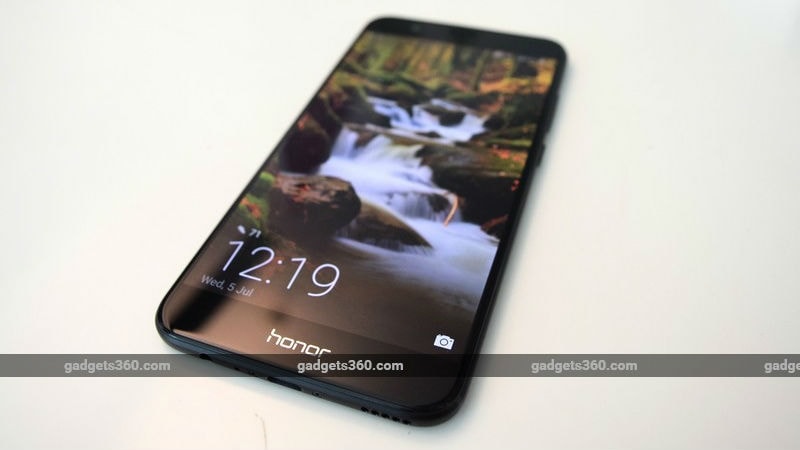 Honor 8 Pro is finally getting the Face Unlock feature in its latest update in India. Earlier this year, Huawei sub-brand Honor had rolled out Android 8.0 Oreo for the smartphone alongside the Honor 9, but the feature was not a part of that update. However, the company has now informed that an over-the-air (OTA) update will bring facial recognition to the mid-range smartphone in India. Notably, the update had started to roll out in other regions in April itself.

Through its official Twitter account, Honor India confirmed that the update is rolling out to Honor 8 Pro as version B320. Replying to a user, the company tweeted, "We would like to inform you that our team has started to roll out the face unlock feature with B320 update for Honor 8 Pro. However, the update is rolling out in small batches." It added that users will receive the OTA update for Face Unlock on the Honor 8 Pro "very shortly." It recommended users to take a back up of their data before upgrading their handsets.

As the latest update will be rolled out via OTA, the Honor 8 Pro users should receive get the download notification in a few days. Alternatively, users can look for a manual update by going to Settings > System > System updates.

Just to recap the specifications, the Honor 8 Pro sports a 5.7-inch QHD (1440x2560 pixels) LCD display. The phone is powered by a HiSilicon Kirin 960 SoC, coupled with 6GB of LPDDR4 RAM and 128 inbuilt storage. It comes with a dual rear camera setup that consists of two 12-megapixel sensors and an 8-megapixel sensor for selfies. The smartphone was launched in India last year, priced at Rs. 29,999.