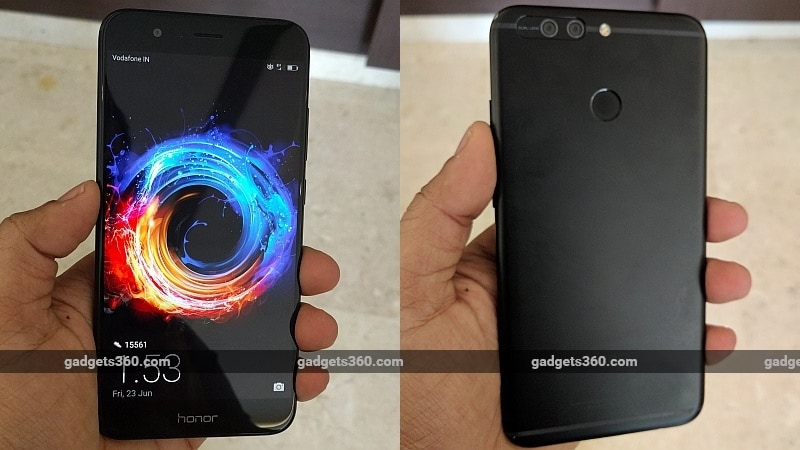 Honor 8 Pro, Huawei Terminal brand Honor's new offering, was unveiled last week in India but without a price tag. Amazon India has now teased the India availability of the Honor 8 Pro, saying it will launch on July 6.

Some of the highlight features of the Honor 8 Pro are dual cameras at the back, a massive 4000mAh battery, and an impressive 6GB of RAM. The smartphone will be available in Navy Blue and Midnight Black colour choices in India.

The Honor 8 Pro comes with two 12-megapixel sensors with f/2.2 aperture, laser autofocus, LED flash, and 4K video recording. One sensor takes the images in RGB while the other takes them in monochrome. At front, there is an 8-megapixel sensor for taking selfies as well.

Amazon Sale Offers: Discounts on TVs, Home Appliances, and Other Deals
Sega Forever on Android and iOS Isn’t the Netflix of Retro Gaming