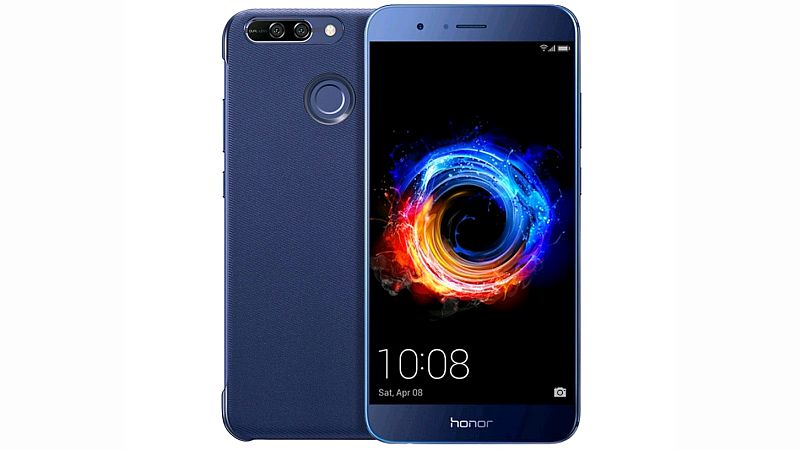 Huawei Terminal brand Honor has confirmed that the Honor 8 Pro smartphone will be launching soon in India. The smartphone was announced back in April, and its biggest highlight is the dual camera setup at the back. Regarding the Honor 8 Pro India launch date, the Chinese company in a press statement on Monday said that the handset is "scheduled to launch in India soon."

For Honor brand, the Honor 8 Pro will be the fourth smartphone to sport dual cameras after the Huawei P9, Honor 8 and Honor 6X phones that were made available in the market earlier.

Honor 8 Pro sports two 12-megapixel sensors with f/2.2 aperture, laser autofocus, LED flash, and 4K video recording. Other specifications of the handset include a 5.7-inch QHD (1440x2560 pixels) LTPS LCD display and it is powered by Kirin 960 (4 Cortex-A53 cores clocked at 1.8GHz + 4 Cortex-A73 cores clocked at 2.4GHz) coupled with 6GB of RAM. It comes with 64GB inbuilt storage which can be expanded further by using the hybrid microSD card slot (up to 256GB).

The smartphone runs on Huawei's EMUI 5.1 OS based on Android 7.0 Nougat, and supports a hybrid dual-SIM slot which means users will have to choose between using two SIM cards or a microSD card. Honor 8 Pro camera in front sports an 8-megapixel f/2.0 sensor for selfies and video chats. The smartphone packs a 4000mAh battery, and also sports a rear fingerprint sensor.

Additionally, the Honor 8 Pro's retail box could be turned into a Google Cardboard viewer for VR experience as well. The smartphone comes with the Galaxy on Fire 3 and Jaunt VR apps pre-installed.