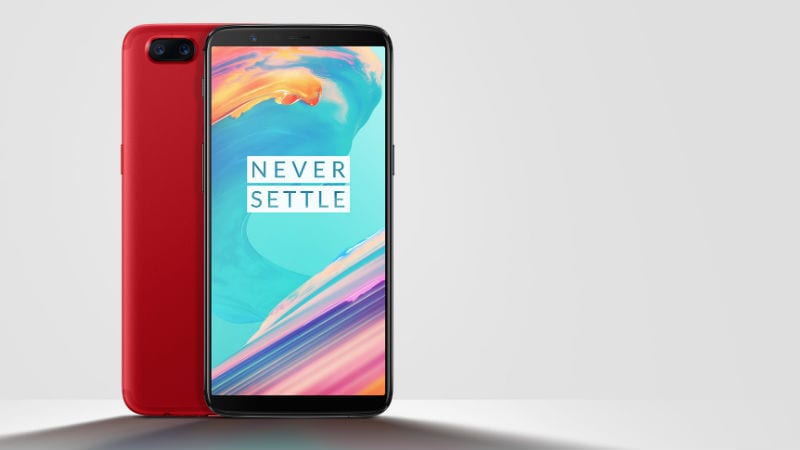 Huawei's online sub-brand Honor has announced the availability of Valentine's Day Limited Edition Red Honor 7X. After a listing appeared on Amazon.in last week, Honor has revealed that the special edition of the Honor 7X will be available in an open sale starting at 1pm IST on February 9. Additionally, the OnePlus 5T Lava Red has also been made available, ahead of Valentine's Day on February 14. Both smartphones will be available exclusively via Amazon.in. OnePlus has also announced a new referral program in India.

The Valentine's Day Limited Edition Red Honor 7X will be available in only the 4GB RAM/ 32GB storage variant, priced at Rs. 12,999. Apart from that, no cost EMI offer will be applicable on all major credit and debit cards. The product page on Amazon suggests buyers might be eligible for 90GB free data on the Airtel network, and 80 percent off on Kindle eBook purchases, up to Rs. 300.

"We are delighted with the overwhelming response we have received during our sales that has made the Honor 7X a global best seller with the best pricing in India. We are delighted to bring our customers the limited edition red colour variant for Valentine's Day, for those who want to flash their badge of love," said P Sanjeev, Vice President Sales, Huawei India - Consumer Business Group.

OnePlus 5T Lava Red back in stock
The OnePlus 5T Lava Red, on the other hand, was launched in India last month although stocks were over within a few days of availability. OnePlus has announced that the special edition OnePlus 5T is back in stock and will be available via Amazon.in with offers that will run from February 7-11. Offer include an instant discount of Rs. 1,500 on purchase using an SBI credit card. SBI credit card customers are also eligible for three months no cost EMI during the offer period. Additionally, customers purchasing the OnePlus 5T Lava Red from oneplusstore.in or the offline OnePlus Experience Store in Bengaluru are entitled to Rs. 1,500 cashback along with a buyback program; the latter available for all OnePlus 5T variants.

Commenting on the announcement, Vikas Agarwal, General Manager at OnePlus India said, "We are grateful to OnePlus community for making OnePlus 5T the highest rated smartphone on Amazon.in and the best-selling premium smartphone in India. To celebrate Valentine's Day this year, we are glad to bring back the special edition of the hugely popular Lava Red variant along with some exciting offers including a special referral program on Amazon.in to further reward the loyal OnePlus community."

OnePlus referral program
Apart from the availability of the OnePlus 5T Lava Red Edition, OnePlus has also announced a new referral program through Amazon.in. Customers who have purchased the OnePlus 5 and OnePlus 5T before January 30, 2018 will receive two unique referral codes on their registered email address. Purchases of the OnePlus 5T made using these codes, during February 7-21, will give the referrers and referees up to 6 months of warranty extension (3 months per code) on their OnePlus 5 or OnePlus 5T. First 500 successful referrers and referees will also be eligible for a free pair of OnePlus Bullet V2 earphones from Amazon.in.