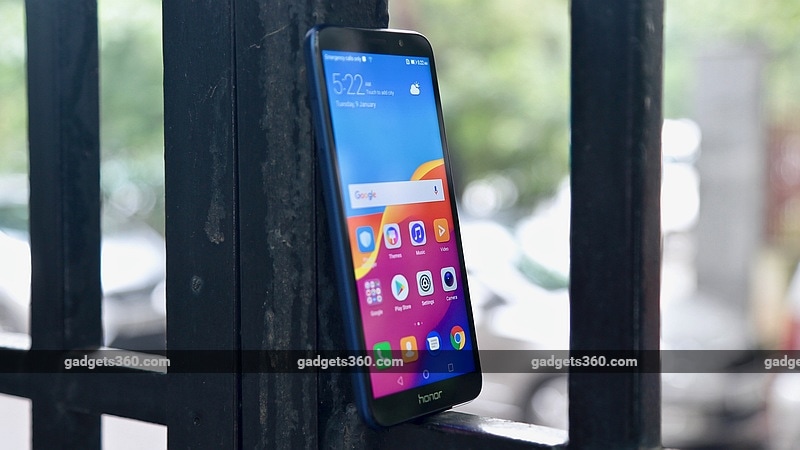 Honor 7S is Huawei brand's latest budget smartphone in India. After having launched in Pakistan in May this year, the Honor 7S has finally made its way into the Indian market. It is yet another budget offering from the brand which launched the Honor 7A, Honor 7C, and Honor 9N in India at different points of time this year. Key highlights of the Honor 7S include an 18:9 HD+ display, a 5-megapixel selfie camera with soft LED light, and a 3,020mAh battery under the hood. Let's get into the pricing, availability, and other details of the newly launched Honor 7S.

The Honor 7S price in India is set at Rs. 6,999 for the lone 2GB RAM/ 16GB inbuilt storage variant. The smartphone will be made available exclusively via Flipkart, apart from the company's own HiHonor online store. Colour options include Black, Blue, and Gold. The Honor 7S first sale will be held on September 14, at 12pm IST.

The dual-SIM (Nano) Honor 7S runs Android 8.1 Oreo out-of-the-box, and 4G networks are supported only in the SIM 1 slot. It sports a 5.45-inch HD+ (720x1440 pixels) TFT FullView display with an 18:9 aspect ratio and pixel density of 295ppi. The smartphone is powered by a quad-core MediaTek MT6739 SoC, coupled with 2GB of RAM and 16GB of onboard storage. Storage is expandable via a dedicated microSD card slot (up to 256GB). In the camera department, the Honor 7S sports a single 13-megapixel rear camera sensor with PDAF, f/2.2 aperture, and an LED flash.

On the front, the Honor 7S gets a 5-megapixel selfie camera with soft flash, f/2.2 aperture, and fixed focus. It is also equipped with face unlock capabilities. Connectivity options include 4G LTE, single-band Wi-Fi 802.11 b/g/n with Wi-Fi Direct, Bluetooth v4.2 LE, GPS/ A-GPS, Micro-USB, and a 3.5mm headphone jack. Sensors onboard the handset include accelerometer, ambient light sensor, and proximity sensor. There is a 3,020mAh battery under the hood. Dimensions of the Honor 7S are 146.5x70.9x8.3 mm and weight is 142 grams.