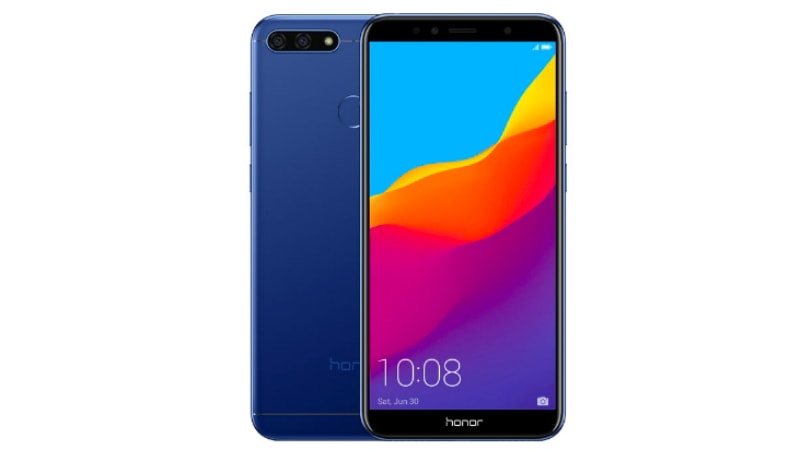 Honor 7A, the company's latest budget smartphone, is all set to go on sale in India today. Announced at the launch event held earlier this month in New Delhi alongside the more expensive Honor 7C, the Honor 7A will be available for prospective buyers in its first sale exclusively via Flipkart from 12pm IST on May 29. The phone will also be available on HiHonor online store with the same timelines. Only the 3GB RAM/ 32GB inbuilt storage variant with a rear dual camera setup will be sold in the country at a price of Rs. 8,999. The phone will be available in Black, Gold, and Blue colour variants. As for launch offers, Jio users will be entitled to Rs. 2,200 cashback and 50GB of extra data.

In the camera department, the Honor 7A bears a dual camera setup at the back with a primary 13-megapixel sensor and a 2-megapixel secondary depth sensor. On the front, a 8-megapixel selfie camera comes with f/2.2 aperture and LED selfie light. There is a 3000mAh battery under the hood.

As for connectivity, the Honor 7A includes 4G VoLTE, Wi-Fi 802.11 b/g/n with hotspot, Bluetooth v4.2, GPS/ A-GPS, Micro-USB, and a 3.5mm headphone jack. Sensors onboard the smartphone include accelerometer, ambient light sensor, Face Unlock sensor, rear-mounted fingerprint sensor, and proximity sensor. Dimensions of the handset are 152.4x73x7.8mm and weight is 150 grams.