Honor 7A to Go on Sale in India Today: Price, Availability Details 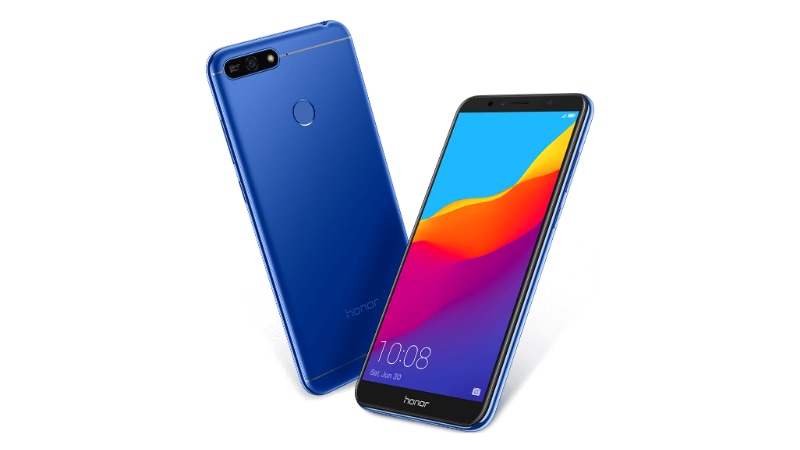 Honor 7A is set to go on sale in India today in a flash sale on Flipkart. Launched alongside the Honor 7C, the latest budget smartphone by Huawei brand Honor will go on sale exclusively through Flipkart from 12pm IST. The smartphone in 3GB RAM and 32GB storage configuration will be available for purchase. Also, the HiHonor online store is also expected to put some stock of the Honor 7A on sale at the same time. The smartphone is designed to take on Xiaomi Redmi 5 family. It sports a dual rear camera setup and runs Android 8.0 Oreo-based EMUI 8.0. Honor has also provided a thin-bezel display that comes with an 18:9 aspect ratio.

Honor 7A price in India

The Honor 7A price in India has been set at Rs. 8,999 for the 3GB RAM and 32GB storage configuration. The handset comes in Black, Blue, and Gold colour options.

The dual-SIM (Nano) Honor 7A runs EMUI 8.0 on top of Android 8.0 Oreo and features a 5.7-inch HD+ (720x1440 pixels) FullView IPS display with an 18:9 aspect ratio. It is powered by an octa-core Qualcomm Snapdragon 430 SoC, coupled with 3GB of RAM. For capturing images and recording videos, there is a dual rear camera setup that includes a 13-megapixel primary sensor and a 2-megapixel secondary depth sensor. The handset also sports an 8-megapixel sensor at the front with an f/2.2 aperture and LED selfie flash.

Honor has provided 32GB of onboard storage on the Honor 7A that is expandable via microSD card (up to 256GB). In terms of connectivity, there is 4G VoLTE, Wi-Fi 802.11 b/g/n, Bluetooth v4.2, GPS/ A-GPS, Micro-USB, and a 3.5mm headphone jack. Sensors onboard include an accelerometer, ambient light sensor, rear-mounted fingerprint sensor, and a proximity sensor. The smartphone has also a Face Unlock feature that leverages the front camera sensor to unlock the screen using facial features. Besides, it packs a 3000mAh battery and measures 152.4x73x7.8mm.