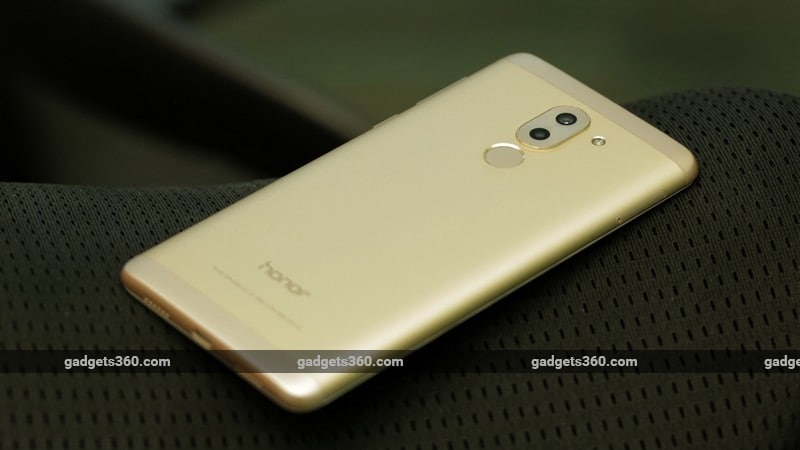 The Honor 6X smartphone with dual cameras on the back, a rival to the newly released Xiaomi Redmi Note 4, has been launched in India. The smartphone by Huawei-owned brand Honor was launched in China back in October, and its biggest highlight is its dual rear camera setup. It sports a 12-megapixel sensor with PDAF alongside a 2-megapixel sensor right below it, and a LED flash.

A hybrid dual-SIM (Nano-SIM) smartphone, the Honor 6X runs EMUI 4.1 OS based on Android 6.0 Marshmallow. The company says a beta version of EMUI 5.0, based on Android 7.0 Nougat, will be available for buyers at launch, with the final version due to release in Q2 2017. The Honor 6X display measures 5.5-inch and has full-HD (1080x1920 pixels) resolution, 2.5D curved glass protection and pixel density of 403ppi - the company is also touting an 'eye-comfort mode' that filters out blue light. The new Honor smartphone is powered by a Kirin 655 octa-core (4 cores at 2.1GHz + 4 cores at 1.7GHz) SoC. The inbuilt storage is expandable via microSD (up to 128GB).

As we mentioned, the Honor 6X features a dual rear camera setup with one 12-megapixel Sony IMX386 sensor that supports PDAF (autofocus time of 0.3 seconds is being touted) and an additional 2-megapixel sensor right below it, helping provide depth-of-field or Bokeh effects with a combined wide aperture range of f/0.95 - f/16. On the front, Honor 6X bears an 8-megapixel front camera with a 77-degree wide-angle lens and 1.25-micron pixels. It bears a fingerprint sensor on the rear panel. The inbuilt storage is expandable via microSD (up to 128GB).

Honor 6X connectivity options include 4G VoLTE, Bluetooth 4.1, Wi-Fi 802.11 b/g/n, and GPS/ A-GPS. The new smartphone is powered by a 3340mAh battery, rated to deliver up to 600 hours of standby time and up to 11.5 hours of video playback. Honor 6X battery features fast charging support that charges the whole battery in 2.5 hours. It measures 150.9x72.6x8.2mm and weighs 162 grams. Sensors on board include accelerometer, ambient light sensor, proximity sensor, and a magnetometer.