Honor Germany tweeted that upcoming phones will come with Google apps, but the post was deleted soon after. 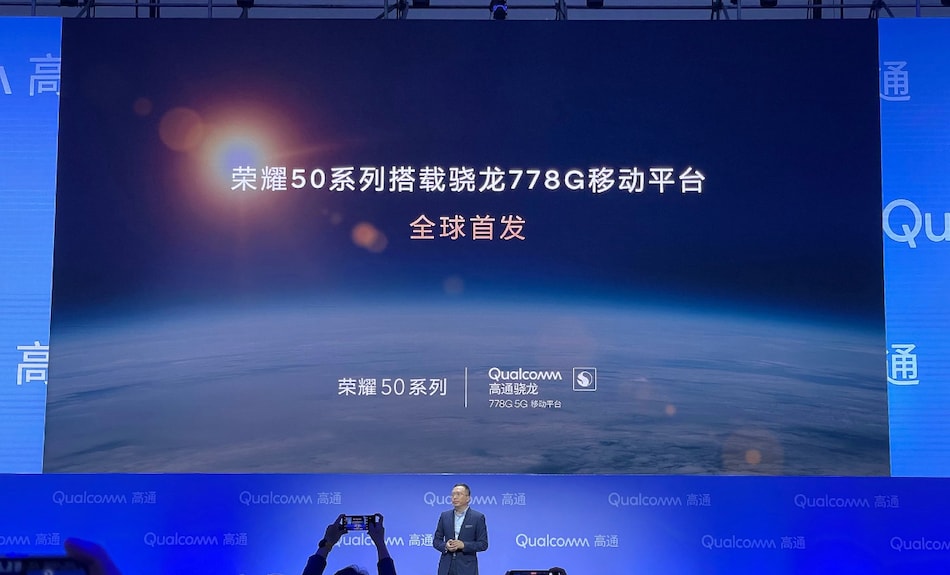 Honor, an ex-subsidiary of Huawei, has announced that it will be using Qualcomm SoCs for its upcoming phones. More specifically, the company is looking to the launch the new Honor 50 series, and this new range will be powered by the Qualcomm Snapdragon 778G SoC launched last week. Separately, Honor Germany replied to a user confirming that upcoming phones will have Google pre-installed as well, but that tweet was deleted soon after. In November last year, Huawei sold off its Honor smartphone brand to a consortium of over 30 agents and dealers in a move that was made to ensure Honor's survival after the US sanctions hit two years ago.

The company took to its official Twitter account to announce that a new Honor 50 series is coming soon and that it will be powered by the newly announced Snapdragon 778 SoC. Honor Germany even confirmed that the Honor 50 series will be launched sometime in summer this year but an exact launch date wasn't revealed. At the Qualcomm China Tech Day event, Honor CEO George Zhao reportedly said that a new phone with Qualcomm's flagship SoC is also in the works. Zhao also applauded his team for integrating the Snapdragon 778G SoC into its upcoming phone in a matter of six months, a feat that normally takes a year to complete.

Honor Germany, replying to a user query about the Android license, confirmed that the upcoming phones will come with Google apps pre-installed. This tweet was deleted soon after, but not before Gizmochina and several other publications spotted it. Given that the Germany account has been so active with announcements and responses, it can be expected that the Honor 50 series will definitely launch in the German market. Launch in other international markets have not been announced, but we can expect Honor to offer more clarity in the near future.

Ever since the US trade ban two years ago, Huawei's smartphone business in international markets has taken a massive hit. Since Honor was part of the Huawei Business Group, it was also not able to procure Qualcomm chips and get access to Google Mobile Services. To ensure Honor's longevity, the company decided to sell the brand to a consortium last November. Since then, the company has been working on making inroads into the international market and the Honor 50 series looks to mark the brand's re-entry.