Honor is expected to launch the smartphone on March 30 in China. 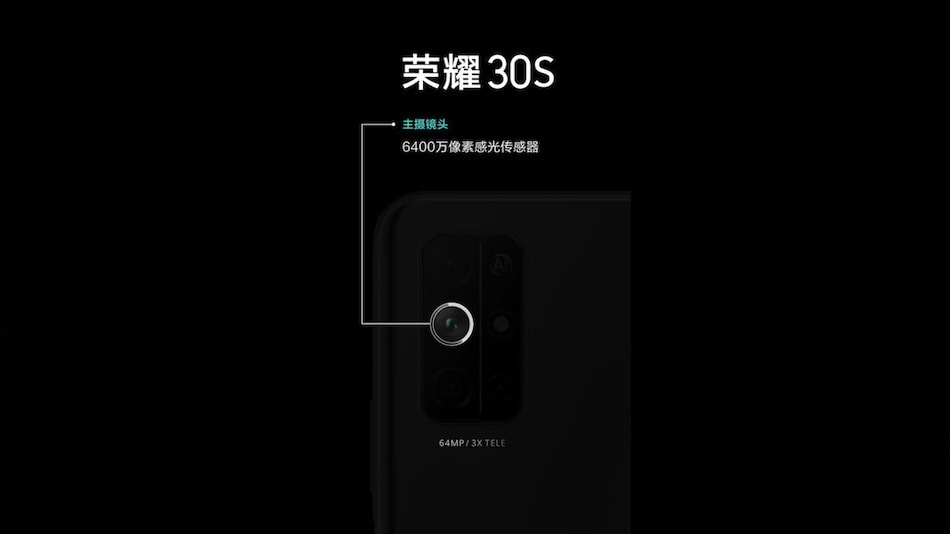 Honor 30S in scheduled to launch on March 30

Honor is set to launch the Honor 30S in China on March 30. We have seen a fair amount of rumours about this device before but the company recently confirmed the launch date through a post on Weibo. From a previous leak, we know that the smartphone will be powered by a Kirin 820 chipset. A fresh leak has now surfaced that hints that the upcoming Honor 30S is said to feature a 64-megapixel main camera and telephoto shooter with 3X optical zoom support.

The fresh leaks were reported by Digital Trends citing a trusted source. The fresh leak hints that the camera setup on the Honor 30S will sport a 64-megapixel primary sensor and a telephoto camera that will be capable of 3X optical zoom. The source has also shared a picture that looks like promotion material from the company itself. This picture further tips that the upcoming smartphone will sport a rectangular camera module that will house a quad camera setup along with an LED flash. The camera setup will also support AI features but the details aren't known at the moment.

The smartphone is also expected to support 40W fast charging with a 10V and 4A power configuration. It could also get a side-mounted fingerprint scanner and can get an LCD display instead of an AMOLED panel.

With the launch scheduled to take place in the coming week, we wouldn't have to wait for long for detailed specifications of the Honor 30S.