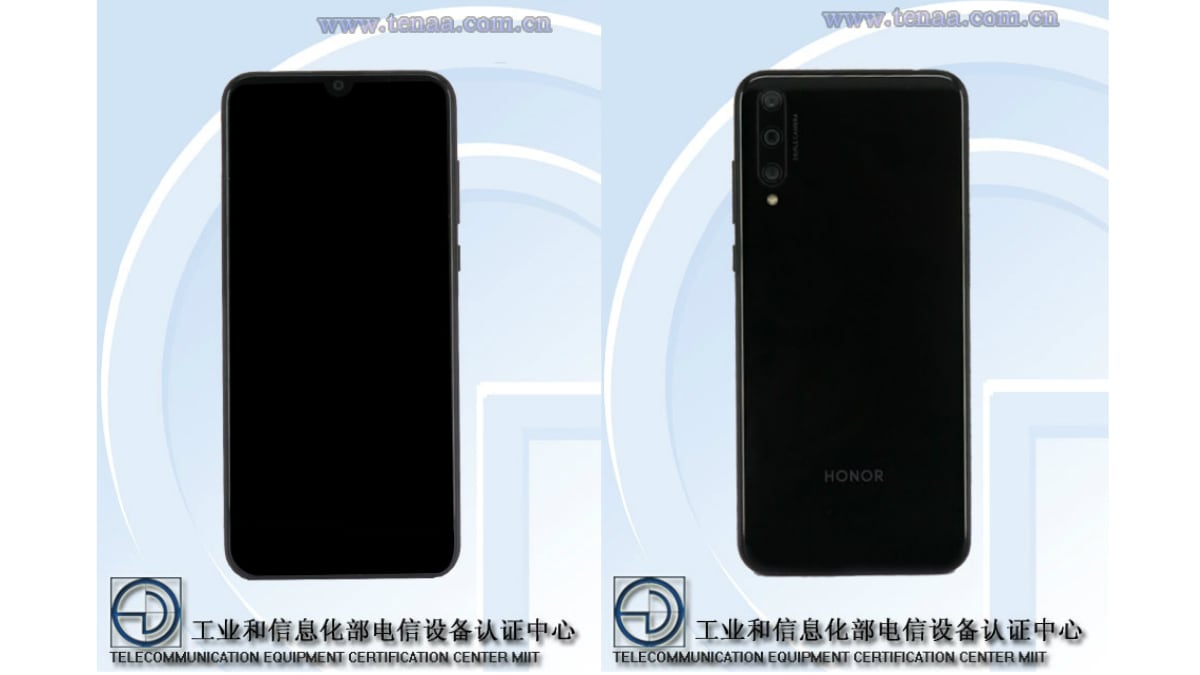 Honor 20 Lite has reportedly been spotted on TENAA tipping key specifications of the phone, and hinting at an imminent China launch. The company's President Zhao Ming has also teased the arrival of the Honor 20 Lite in China soon. The TENAA listing reiterates that the phone has a triple rear camera setup, a screen fingerprint sensor, and a waterrop-style notch up front. The phone is listed to sport a 6.3-inch full-HD+ display, an octa-core processor, up to 256GB of onboard storage, and a 3,900mAh battery.

Coming to the TENAA listing, the pictures attached suggest a triple rear camera setup, a glossy black panel, and a waterdrop-style notch up front. The phone is listed to sport a screen fingerprint sensor, instead of a rear one launched on the Malaysian variant. This suggests that the China variant may be a little different than the international one. The Honor 20 Lite specifications listed on TENAA are also slightly different.

The Honor 20 Lite is listed with model number LRA-AL00 and it is said to feature a 6.3-inch OLED display with full-HD+ (1080x2400 pixels) resolution. It is powered by the 2.2GHz octa-core processor paired with 4GB, 6GB and 8GB RAM options. The phone is listed to offer 64GB, 128GB, and 256GB onboard storage with microSD card support (up to 256GB) for further expansion. The international variant offered 4GB RAM and 128GB onboard storage.

As for optics, the Honor 20 Lite China variant is listed to sport a triple rear camera setup with 48-megapixel camera instead of the main 24-megapixel camera. Other details include an 8-megapixel, and 2-megapixel accompanied sensors at the back. Up front, the phone has a 16-megapixel front camera, again different from the 32-megapixel selfie camera on the international variant. The Honor 20 Lite is listed to run on Android Pie, pack a 3,900mAh battery, measure 157.2x73.2x7.65mm, and weigh 172.5 grams.