Honor 10X Lite is expected to be backed by a 5,000mAh battery with support for 22.5W fast charging. 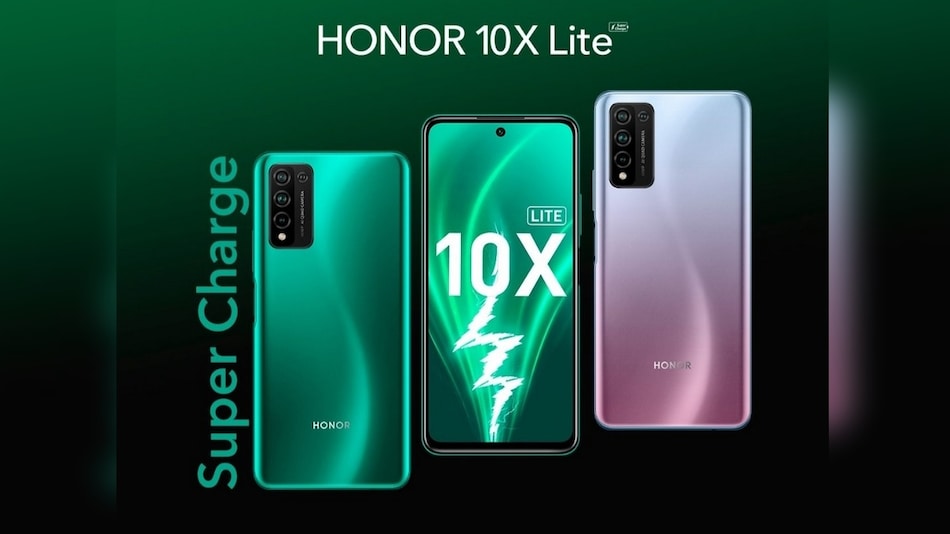 Honor 10X Lite will soon make its way to Russia and its design and some key specifications have been leaked ahead of launch. The phone will be released in the country on October 23 and as per a known tipster, it will be powered by the Kirin 710A processor and have an LCD display. There have been a couple of leaks for Honor 10X Lite but the company itself has not officially shared specifications for the phone.

Honor 10X Lite will debut in Russia on October 23 with pre-orders starting from November 6 and official sale from November 13. While the Honor Russia website shows a teaser and a launch date, known tipster Abhishek Yadav tweeted the complete timeline till the official sale date. Yadav also revealed how the phone might look. It seems to have a hole-punch design, slim bezels, and a quad rear camera setup that is highlighted by a 48-megapixel primary sensor.

The tipster also shared that the phone will be powered by the Kirin 710A processor and have an LCD display.

Last week, a report by WinFuture hinted at some of the key specifications of Honor 10X Lite. It is expected to feature a 6.67-inch IPS-based LCD display with 1,080x2,400 pixels resolution. Honor 10X Lite may come with 4GB of RAM and 128GB of storage that is expandable via microSD card.

The report states that the Honor 10X Lite may pack a 5,000mAh battery with support for 22.5W fast charging. Connectivity options on the phone include Bluetooth 5.1, 2.4GHz Wi-Fi, LTE, a 3.5mm headphone jack, and a USB Type-C port. It is expected to run Honor MagicUI 3.1 based on Android 10.