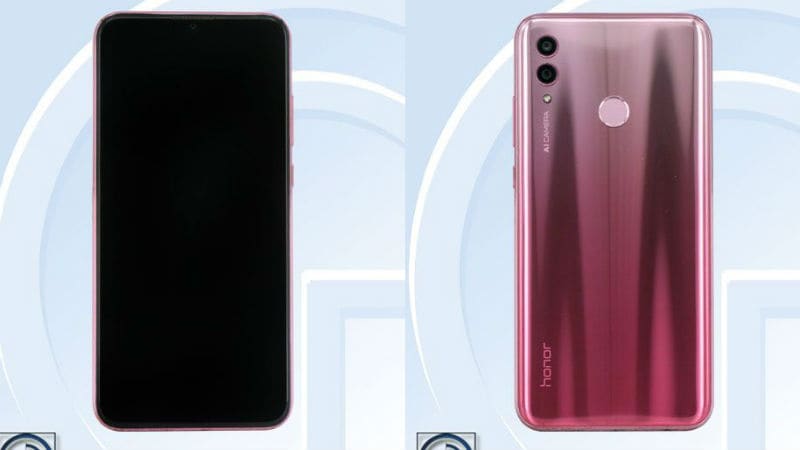 The Honor 10 Lite expected to sport a 6.21-inch display and dual rear cameras

A Honor smartphone with three model numbers - HRY-TL00, HRY-AL00, and HRY-AL00a - have been listed on TENAA. These listings have hinted at the entire specifications of the alleged Honor 10 Lite. Since the specifications are the same for all the models, the variants could be on different networks. The smartphone, as per the listings, will come in Black, Blue, and White colour models. According to the images posted on the site, at least one of the variants may have a gradient colour option. A previous listing on TENAA had also hinted at the colour models of the handset.

In terms of optics, the Honor 10 Lite bears a dual camera setup at the back with a 13-megapixel primary sensor and a 2-megapixel secondary sensor. At the front, the smartphone comes with a 24-megapixel selfie camera.

The Honor 10 Lite with model number HRY-TL00 is equipped with 64GB of inbuilt storage while the other two models arrive in 128GB storage options as well. The inbuilt storage is expandable via microSD card (up to 256GB). Sensors on board the handset include an ambient light sensor, gravity sensor, and proximity sensor. It comes with a fingerprint scanner at the back. The smartphone is fuelled by a 3,320mAh battery. In terms of dimensions, the smartphone measures 154.8x73.64x7.95mm and weighs 162 grams. The TENAA listings were first spotted by Playful Droid.

It is worth noting that Honor has not revealed too many official details regarding the smartphone, except a vertically stacked dual camera setup, a rear fingerprint scanner, and a gradient finish back. We expect to hear more about the handset's design and as the launch date nears. To recall, the Honor 10 Lite was also recently spotted to be up for pre-orders on Huawei-owned Chinese retailer Vmall's website. The pre-orders began on November 13 and will run until November 21, the date of its official unveiling in the country.