The update also brings the ability to activate voice assistant by long pressing the power button. 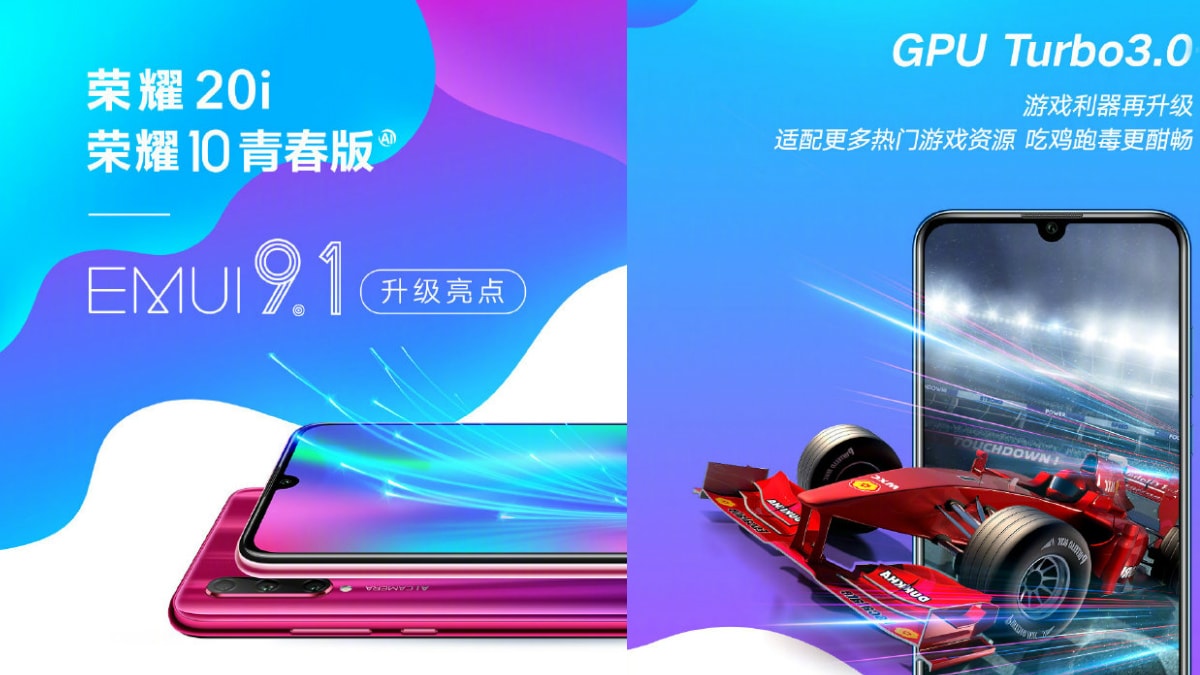 Honor 20i was launched earlier this month

Huawei is rolled out the EMUI 9.1 update for the Honor 10 Lite and Honor 20i phones. The update brings GPU Turbo 3.0, the ability to set up video ringtones for select contacts, and the ability to trigger the voice assistant by long pressing the power button. The EMUI 9.1 update is currently rolling out in China, but should make its way to other regions soon. It is rolling out over-the-air (OTA) and users should check manually for an update in the Settings menu if you haven't received a notification as of yet.

Huawei took to Weibo to announce that the EMUI 9.1 update is rolling out to Honor 20i and Honor 10 Lite phones. As mentioned, the update is rolling out in China only for now, and there's no word on its availability outside of the region. As the post suggests, the EMUI 9.1 update brings GPU Turbo 3.0 for faster processing and intense gaming sessions. There's also the addition to set up video ringtones for specific contacts, which means a video will play if a certain contact happens to call you anytime. There's also the ability to activate the voice assistant if you long press the power button.

Honor 20i and Honor 10 Lite users are recommended to download this update under a good Wi-Fi connection and install it while the phone is on charge. The Honor 20i was launched in China in April, and arrived in India earlier this month. The phone carries a price tag of Rs. 14,999 for the 4GB + 128GB variant and is sold via Flipkart. Key features include 6.21-inch display, Kirin 710F SoC, up to 8GB of RAM, triple rear camera setup, and a 3,400mAh battery.

The Honor 10 Lite was launched in China last year, and arrived in India in January this year. The phone is priced starting at Rs. 11,999 and key specifications include 6.21-inch display, Kirin 710 SoC, and 3,400mAh battery.

EMUI 9.1 is rolling out to a host of Huawei phones, and the company even released a timeline for the update rollout to 19 phones. The Mate 20 series is also set to get the update this week.