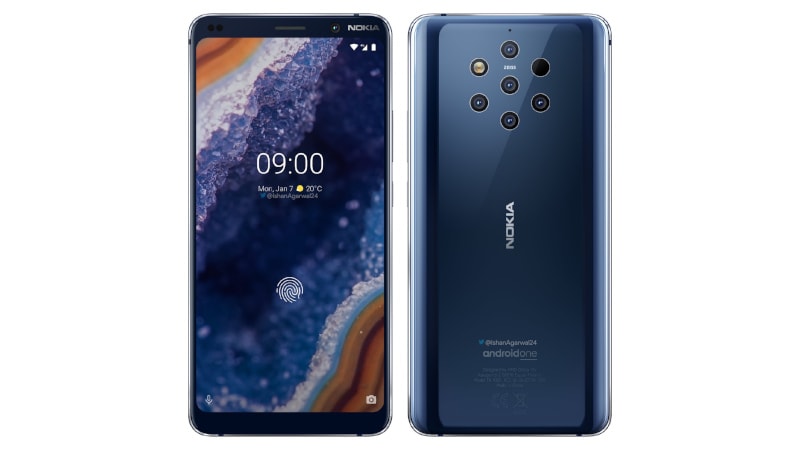 Nokia 9 PureView, Nokia 3.2, Nokia 4.2, Nokia 1 Plus are expected to be launched today. HMD Global, the Nokia brand licensee, is holding a press event in Barcelona, ahead of the official Mobile World Congress opening, to unveil the latest Nokia smartphones for 2019. Although the company is yet to officially reveal what it plans to unveil, the leaks and rumours have pretty much spoiled everything before the actual event. The HMD Global press event will begin at 4pm CET (8:30pm IST) today.

HMD Global will be streaming its MWC event live on YouTube as well as Facebook, so you can check out all the announcements live from Barcelona even if you are not in the city. We have embedded the company's YouTube live stream below, so you don't have to go anywhere the catch the webcast. As we mentioned earlier, HMD Global is expected to unveil the new Nokia 9 PureView, Nokia 3.2, Nokia 4.2, and Nokia 1 Plus smartphones.

Considering there have been plethora of leaks and rumours about Nokia 9, we already have a decent idea of what HMD Global has in store for us. Nokia 3.2 and Nokia 4.2, on the other hand, are still a mystery, whereas the Nokia 1 Plus has had one or two odd leaks, which have revealed some details about the phone. Let's delve into what HMD Global has planned for us.

Nokia 9 PureView is expected to be the first smartphone with a penta-lens camera setup on the back. It is speculated that the phone is using imaging company Light's technology. The specifics of the penta-lens setup are unclear at this point, however an image shared by Edoardo Cassina, HMD Global's social media chief, seems to show the prowess of the camera setup. Among other specifications, the Nokia 9 is rumoured to pack Qualcomm Snapdragon 845 SoC, an in-display fingerprint sensor, and 18W fast charging support. Further, the phone is said to be based on Android One platform and will reportedly feature 4GB of RAM, 128GB of inbuilt storage, NFC, and a 6-inch display.

Nokia 1 Plus is rumoured to feature an 18:9 screen of unknown size with 480x960 pixels resolution, quad-core MediaTek MT6739WW SoC clocked at 1.5 GHz and 1GB of RAM. The phone is also expected to run on Android 9 Pie (Go Edition). The specifications of the Nokia 3.2 and Nokia 4.2 are unknown at this point.