Selfie-takers will be liable to pay a fine of Rs. 200 or serve a 1-month jail term. 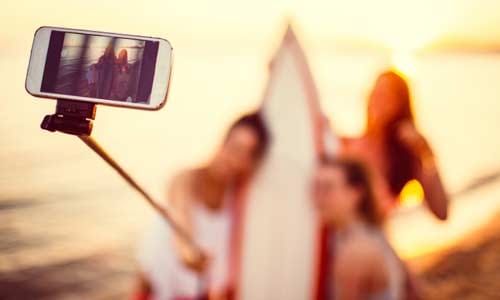 The selfie ban comes as a result of unsafe behaviour while taking the pictures, leading to harm

Gujarat has reportedly enforced ‘no-selfie' zones in Saputara, the only hill station in the state, as well as other tourist spots in Dang district. This has been set up as a safety measure — India is the selfie-death capital of the world by a huge margin, and the authorities feel that if they can't make people be more mindful of their surroundings then banning selfies might be the next best step. People frequently climb up to precarious perches or other dangerous locations to get the perfect picture, and put themselves at risk in the process, and this is not going to be permitted in Dang, according to a news report.

If the authorities find you clicking a selfie at the tourist spot, you will be liable to pay a fine of up to Rs. 200 or serve a one-month jail term, according to the report. The safety push comes after selfie deaths had started becoming a matter of concern for the district officials, with many incidents being reported of people falling off the hills while photographing themselves.

To prevent the occurrence of such incidents, additional district magistrate T K Damor issued the notification to make tourist spots in Dang ‘no selfie' zones, the report stated. According to the notification, violators will have to serve a jail term for 1 month or pay a fine of up to Rs. 200. Every year, during the monsoon, Saputara becomes a hub of activity with many tourists making a beeline for the area. The hill station has dense forests and many waterfalls.

Selfie deaths have been a serious issue in India, with the latest study from 2019 by India's Journal of Family Medicine and Primary Care finding that between October 2011 and November 2017 selfies  killed five times more people than shark attacks. Compared to 259 people dying while taking selfies in the said period, only 50 people were killed by sharks. The report also stated that with smartphones getting more sophisticated and selfie-sticks becoming a rage, the number of deaths crept up each year incrementally. Although selfie-deaths are not unique to India, but are also a problem in other parts of the world including Russia and the United States, the number of such incidents is significantly higher here.

The COVID-19 pandemic and associated lockdowns meant that fear people were outdoors taking photos like this through 2020, but it appears that things are returning to normal and the authorities in Gujarat decided to take some action.