Greenpeace and iFixit Report Laments the Reducing Repairability of Our Gadgets 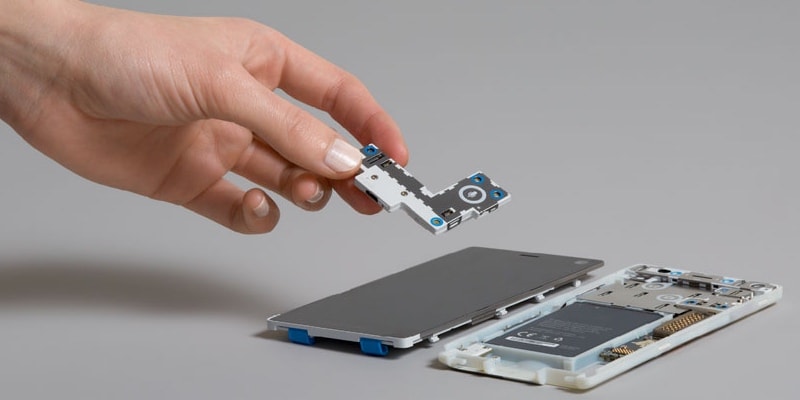 It’s no secret that the rise of smartphones has led to a significant increase in e-waste generated across the world. Greenpeace, an organisation that has been campaigning against environmental degradation, and iFixit, which sells specialised tools to repair gadgets, have released a new report that documents the repairability of the smartphones, tablets, and laptops that we use.

Some of the world’s biggest technology companies such as Apple, Microsoft, and Samsung have products with extremely poor repairability scores. According to Greenpeace, this is bad for the environment because if it’s hard to repair a gadget, it’s likely to end up as e-waste sooner. Even though some of the world’s biggest tech companies are taking steps to avoid harming the environment, there’s still a long way to go.

This Chennai Startup Is Building a Waste Management Platform

In its report, Greenpeace says, “Devices that can be easily disassembled for repair are also easier to disassemble for re-use and recycling - the next stage of a product’s life - once it is no longer possible to use the whole product anymore. Components can be used again and, if not, recycled to recover the valuable raw materials.”

The 27-page report is divided into three sections — smartphones, tablets, and laptops. Greenpeace and iFixit chose 44 gadgets from some of the world’s most popular technology companies to check whether they’re easy to repair. They checked things like how easy it is to remove the display and whether components can be replaced easily, apart from looking for a repair manual for the product.

These 2 Indian Startups Will Pay Cash for Your Trash

Fairphone 2, a modular smartphone, got the full 10 points and topped the repairability scales among smartphones. LG G5, LG G4, and Xiaomi Redmi Note 3 got eight of 10 points, while the iPhone 7 and Google Pixel scored a respectable seven points. The Samsung Galaxy S8 scored a poor four points, while Galaxy S7 and S7 Edge were at three points.

Among tablets, HP Elite X2 1012 G1 scored the full 10 points but the iPad Pro 9.7” and iPad (2017) received an abysmal two points. Unfortunately, the Microsoft Surface Pro got the lowest score — one point.

Reacting to the report, an Apple statement said:

Highly-integrated design allows us to make products that are not only beautiful, thin and powerful, but also durable, so they can last for many years. When repairs are needed, authorised providers can ensure the quality, safety, and security of repairs for customers. And when products do reach end-of-life, Apple takes responsibility for recycling them safely and responsibly.

We’re continuing to invest in ways to recover materials from our products, like Liam, our line of disassembly robots—and encouraging our customers to return products through Apple Renew, our recycling program. We’re also pioneering a closed loop supply chain where products are made using only renewable resources or recycled material to reduce the need to mine materials from the earth.

On to laptops, Dell Latitude E5270 and HP EliteBook 840 G3 got 10 points of 10, while Samsung Series 9 15” scored an impressive nine points. Sadly, the MacBook Pro 13” with Touch Bar, the MacBook (2017) and Microsoft Surface Book scored just one point each.

A one-point score means that these gadgets are essentially unrepairable. If there’s a hardware fault, replacement probably is the only solution because the gadget is so hard to repair. That means the faulty device adds to the global e-waste problem.

Greenpeace and iFixit note that displays were extremely tough or costly to replace in 30 of 44 devices tested and only 14 devices were designed keeping easy battery replacement in mind.

In conclusion, the report notes, “Making devices that can be repaired and made to last longer is the most significant step that brands can take to reduce the various environmental impacts associated with electronics manufacturing.” Some of the most unrepairable products in the report are ones that are praised highly for their design. The next time you admire a smartphone, tablet, or laptop for its design, it might be a good idea to think about how easily it could end up as e-waste.