Android One Was Conceived With India in Mind, Says Google's Sundar Pichai

This is one of the biggest launches we've done anywhere, not just India, Pichai told NDTV. "For us Android One was a journey to try and reach the next 5 billion people. And India accounts for a substantial portion of the share. Android One was conceived deeply with India in mind," he said.

Pichai said he had been using an Android One device as his primary phone and called it a "high-end computing device in every sense of the term".

"With Android One we set the bar to be a great software experience and a great device. We really want to bring in a whole new set of people who have never tried a smartphone before," he said.

On the similarities between the first Android One devices, Pichai said, "The initial set of devices share common hardware because they are based on the reference platform. You will see an increasing range of devices as we expand this programme."

He said Android One also makes it easier for manufacturers to build phones. "You can think of Android One as a menu we provide to our partners and they can just pick and choose the components they want and it's easier for them to build the phone," Pichai said.

When asked about India-specific features on Android, Pichai said YouTube will be available offline in the coming weeks. He also mentioned that Android L will support as many as 7 Indian languages. "With Android in the next version, the L version, we are adding support for six Indic languages apart from Hindi. You're going to see applications tailored to the Indian market over time. We're really excited about that," he said.

Pichai also spoke about Android's flexibility being a useful tool for manufacturers. He said, "The unique thing about Android is that it is a flexible platform. Micromax saw the need for dual-SIM in India and solved it before anyone else. They did it on top of Android."

When asked about competition from Apple, Pichai said, "Apple is very strong in the high-end so we run into them a lot over there." However he said Google's goal is to "build all kinds of phones for all kinds of people".

When asked about the wearables space, Pichai said these are early days and that those devices can have a huge impact on the health industry.

Regarding India, Pichai said, "India has always had a lot of potential but I think we've reached the tipping point where the potential is acually here now. It's no longer a potential, it's a reality."

Android One was announced back in June at Google I/O with only the above 3 launch partners, though more Indian companies have reportedly joined the list since then.

Sundar Pichai told NDTV Gadgets that the Mountain View-based company will not subsidise Android One hardware. Instead, Pichai hoped that the by sharing resources between Google and the OEMs, the companies would be able to keep the total cost of manufacturing in check.

All 3 confirmed launch partners (Karbonn, Micromax, and Spice) have confirmed their first Android One smartphones will be available from 3:30pm IST via their exclusive retailer partners on Monday itself, Spice and its retail partner Flipkart have jumped the gun, and briefly listed the Spice Android One Dream Uno on Saturday. 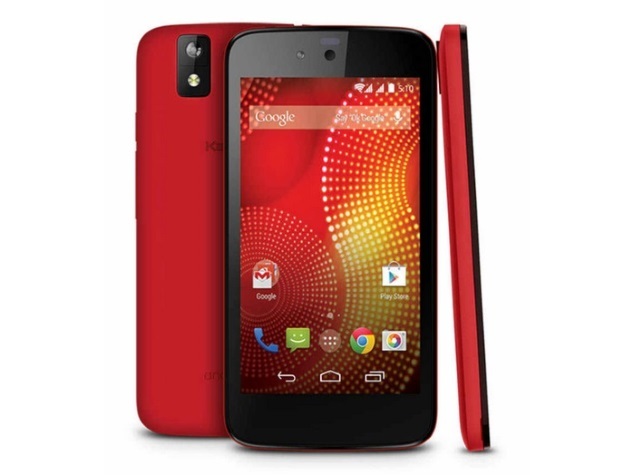