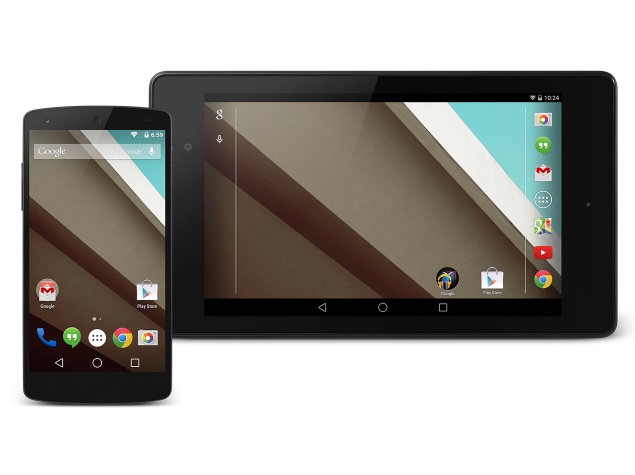 Google has released updated Android L system factory images for the Nexus 5 smartphone and Nexus 7 (2013) tablet. The new release bumps-up the version from LPV79 (released in June) to LPV81C.

Google's Developer preview page lists the new factory images for the Nexus 5 and Wi-Fi only Nexus 7 (2013) and says that it brings Google Fit support alongside the Google Fit preview client library.

Notably, the Android L system factory images are not available for other Nexus devices, apart from Nexus 5 (Review | Pictures) and Nexus 7 (Review | Pictures), as of now. The preview images are not available as an over-the-air update, which means users have to manually flash the device that will lead to loss of the stored data on the device, notes XDA forum.

Google announced the next major build of Android for smartphones and tablets, currently codenamed Android L, at the I/O event. Google also detailed some of the features and confirmed that Android L will be released later this year without revealing an exact time frame.

With Android L, Google has refreshed the interface design of the entire operating system, which the company identifies as the new "Material Design." The default Chrome browser has been also upgraded on Android L. For the new OS, Google also ditched the Dalvik runtime and introduced ART for 64-bit, which allows apps to run faster, and now the Android devices can be expected to address more RAM than the 32-bit limit allowed.

Other than improved performance, Google is also aiming for a better battery life in Android smartphones with its Android L.