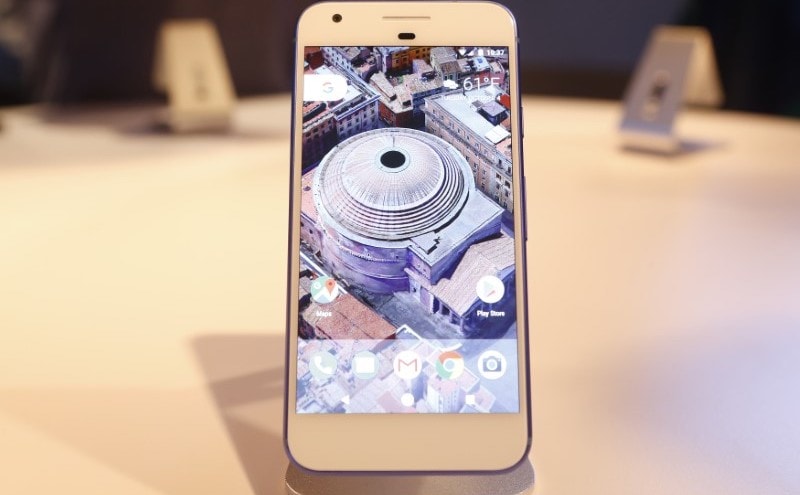 Some of Google's unwitting users are learning a harsh lesson: If you violate the company's policies, it can abruptly cut you off from your Gmail account, online photos and other vital digital services.

Several people who recently bought Google's new Pixel phone on behalf of a New Hampshire dealer are now suffering that punishment after the company detected their online purchases and judged they violated its terms of service. Those rules, outlined in a document that few people read closely , forbid the purchase of the Pixel for "commercial" resale.

"There isn't an hour that doesn't go by that I don't think about the enormity of what Google has done to me," said one of the affected resellers, Shmuel Super of Brooklyn, New York. "This is like a digital death sentence."

Sell your phone, lose your account
Super and his fellow resellers got into trouble for buying up to five Pixel phones from Google's online store and having them delivered to New Hampshire for resale. They received $5 for each phone. As of Sunday, some started finding themselves locked out of their Google accounts.

In a Thursday statement, Google described the resale arrangement as a "scheme" devised by a dealer looking to sell the Pixels at marked-up prices in violation of its policies.

(Also see: Google Pixel Allegedly Hacked in Under a Minute at PwnFest)

Google declined to say how many people were affected by the account lockdown. DansDeals , a consumer-focused website that first reported Google's crackdown, concluded that more than 200 people had been blocked from their Google accounts after talking to the New Hampshire dealer behind the Pixel buying spree. The Associated Press was unsuccessful in its efforts to identify and interview the dealer.

The crackdown may come as a surprise to the hundreds of millions of people who now routinely rely on Google, Facebook, Apple and other tech companies as the caretakers of their digital lives. Few of the people involved in this situation appear to have backed up their data outside of Google.

Google said it plans to restore the accounts of customers who it believes were unaware of the rules, although the company didn't specify how long that might take.

Living without Google
Once they figured out why they were being locked out, the exiled consumers realized how dependent they had become on Google as the custodian of their digital communications, records and other mementoes.

Some said they couldn't retrieve confirmation numbers for upcoming flights or notices about an upcoming credit-card payment. Others couldn't fetch work documents or medical records. Some started getting phone calls from friends, family and colleagues wondering why they weren't responding to emails.

Like other two other people interviewed by the AP, Super said he had no idea that he was violating Google's policies when he bought the Pixels for the New Hampshire dealer. He can't believe Google would do something as extreme as locking him out of his account without warning, rather than just banning him from buying its phones in the future.

"Google's slogan is 'Don't be evil,' but to me, there is nothing more evil that what Google has done here," Super said.

Crime and punishment
Some of the Pixels purchased for resale were delivered before Google recognized the violations and meted out a punishment spelled out in a separate terms-of-service document . "We may suspend or stop providing our services to you if you do not comply with our terms or policies or if we are investigating suspected misconduct," Google warns in one section.

Google doesn't give any advance notice before it shuts down an account, and doesn't make distinctions between minor and major violations. Affected users can appeal for reinstatement, though it's unclear how long that might take or what criteria Google uses in such cases.

Apple also forbids online purchases of iPhones for resale, although its terms of service say only that the company reserves the right to cancel any order suspected of breaking the rule.

Daniel Levy, who has been locked out from his Google account since Monday, said he has learned a hard lesson, though not necessarily the one the company intended.

"They confiscated my property and shouldn't be trusted," said Levy, who lives in Lakewood, New Jersey. "I will never use their services again."