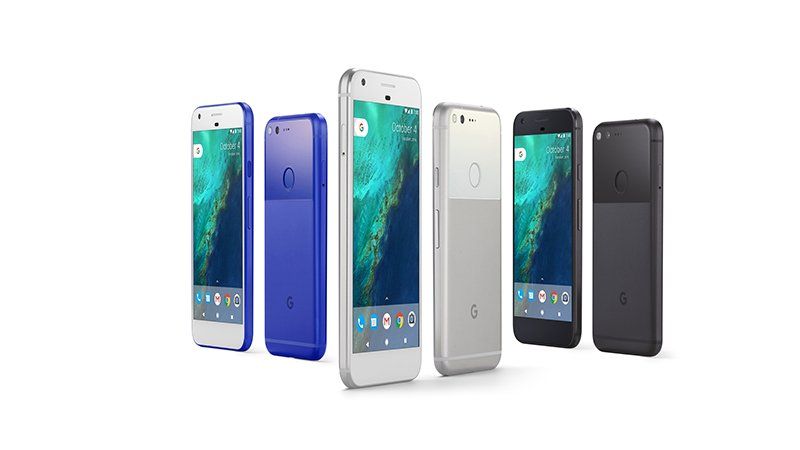 Google at its Pixel hardware launch event on Tuesday unveiled its first phone branded as "Made by Google." The Pixel smartphone comes in two sizes with the larger variant called the Pixel XL. Google apart from announcing the availability of the Pixel smartphones for the Indian market also revealed that it will be available in only two colours.

The Google Pixel smartphone has been unveiled in three colours globally: Quite Black, Very Silver, and "limited edition" Really Blue. The smartphones however have been listed in India in just two colours and indicating that there will be no Really Blue colour coming to the country. The brand new Made by Google website also clearly says that the new Google Pixel and Google Pixel XL smartphones will be available for pre-orders in Quite Black and Very Silver colours from October 13 in India.

The Pixel and Pixel XL smartphone will start shipping by end of October in India and will be among the first six countries to get the product. Google confirmed the India pricing for the Pixel smartphone which will be available at a starting price of Rs. 57,000, and will be initially be available from Flipkart, Reliance Digital, and Croma.

For the Indian market, the company said that Pixel users will have access to a toll free phone support number along with 54 walk-in service centres across over 30 cities in India.

The Google Pixel and Pixel XL phones sport an aluminium unibody and also feature polished glass combination at the back. Both phones are powered by Qualcomm Snapdragon 821 processor, with two cores clocked at 1.6GHz, and two cores clocked at 2.15GHz. Both the Pixel and Pixel XL smartphones will pack 4GB of LPDDR4 RAM and sport Pixel imprint fingerprint sensor. Both the smartphones sport 12.3-megapixel rear camera with a Sony IMX378 sensor, PDAF, a large f/2.0 aperture and 1.55-micron pixels. Both sport an 8-megapixel front camera with a Sony IMX179 sensor, an f/2.4 aperture and 1.4-micron pixels.

As rumoured ahead of the launch, Pixel and Pixel XL smartphones will only come in 32GB and 128GB storage models. The Android 7.1 Nougat-based Pixel smartphones will come with USB Type-C and will include the 3.5mm audio jack.

Disclosure: Gadgets 360's travel and hotel for the event in San Francisco were sponsored by Google.