The company’s upcoming Google Pixel 7 Pro has been spotted days after the Pixel 7 appeared on eBay. 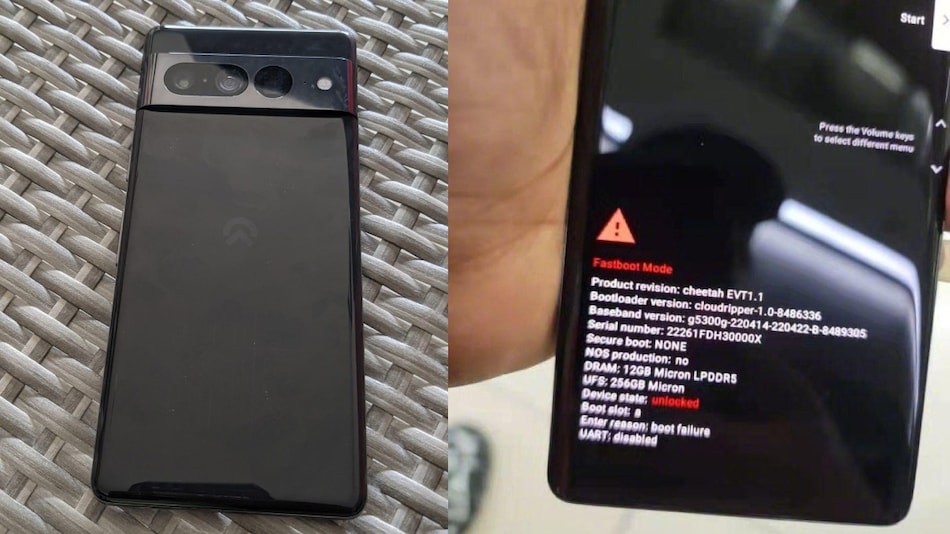 The purported Google Pixel 7 Pro prototype images were spotted on Slashleaks, showing the display of the handset with the device information page and on the bootloader screen. A Reddit user claims that they bought the smartphone via Facebook Marketplace in North Texas (NTX), which was listed as the Google Pixel 6 Pro. The user said they were able to use the handset for about three weeks before it underwent an automatic factory reset.

In the leaked images, the rear design of the purported Google Pixel 7 Pro handset is shown, complete with the new metal rear camera module at the top that stretches to both sides of the phone. Last month, Google revealed the Pixel 7 and Pixel 7 Pro's rear design, which is expected to replace the rear glass camera module with a metal design. The images also reveal that the smartphone is equipped with 12GB of LPDDR5 RAM and 256GB of storage.

It is worth noting that the device information page lists the handset as the “Cubot Cheetah 2” — the name of an older handset from manufacturer Cubot that was launched a few years ago, powered by a MediaTek chipset and running on Android 6. According to previous reports, the Google Pixel 7 bears the codename “cheetah”, while the Pixel 7 Pro is codenamed “panther”.

According to a previous report, the company's upcoming Pixel 7 series could sport similar displays as the current Pixel 6 series. Google is yet to reveal additional details regarding Pixel 7 Pro specifications, aside from the fact that it will run on a new Tensor chipset. The smartphone is expected to debut alongside the Pixel 7 later this year — most probably in October.

JioSaavn Down, Not Working for Users Due to an Outage