Pixel 6 is seen to have a dual camera setup at the back, whereas the Pro model is expected to integrate three rear cameras. 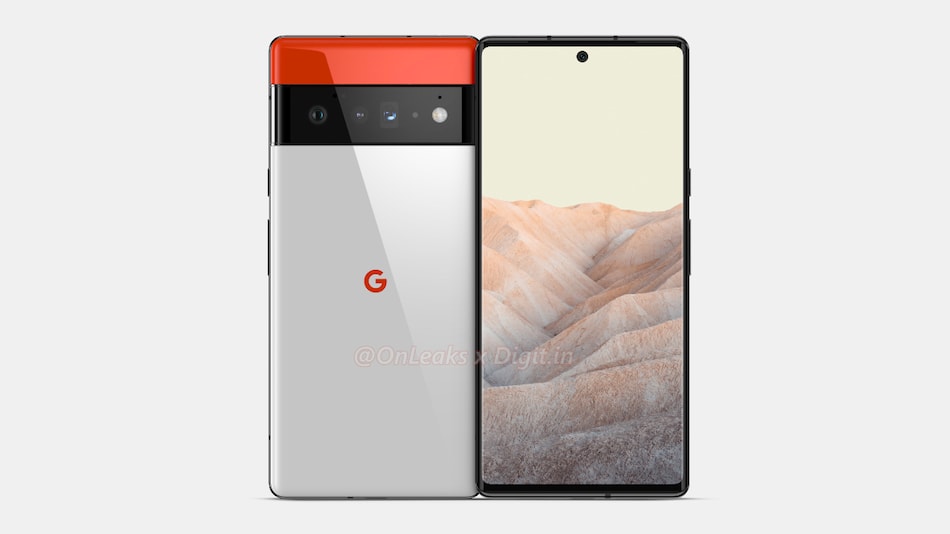 Google Pixel 6 Pro and Pixel 6 are largely expected to launch sometime in the fall this year and new renders and specifications of the two handsets have leaked online. This comes after FrontPageTech revealed the design of the two phones last week. These new CAD-based renders are identical to the ones leaked earlier and show the Pixel 6 Pro and the Pixel 6 from all angles. Specifications of the two handsets have also leaked with the Pixel 6 seen to have a dual camera setup at the back, whereas the Pro model is expected to integrate three rear cameras.

Digit has partnered with Steve H. McFly (OnLeaks) to leak CAD-based renders of the Pixel 6 Pro. The phone has the same unique camera island at the back as seen in the FPT leak with a redesigned dual-tone landscape that has orange colour on top and in the Google logo. The camera island hosts three sensors, a first for the Pixel range, and includes a periscope lens as well. There's a hole-punch display seen up front, with the camera cutout now at the top centre. The volume rockers and power buttons are on the right edge.

Coming to the specifications, the Pixel 6 Pro is reported to feature a 6.67-inch curved AMOLED display with a fingerprint sensor embedded underneath. The back camera setup includes a primary wide-angle camera and a periscope telephoto camera, along with an unidentified sensor situated next to the LED flash. It is tipped to have dual stereo speakers at the top and bottom. The SIM card slot may be situated on the left edge. Pixel 6 Pro is reported to be powered by Google's home-grown processor and measure 163.9x75.8x8.9mm.

Separately, fresh Pixel 6 renders and specifications have been leaked by 91Mobiles. It has the same back panel design, dual rear cameras, and a hole-punch flat display with slight bezels on all sides. Specifications leaked alongside include a 6.4-inch flat display, an in-display fingerprint sensor, wireless charging, and bottom-firing stereo speakers. The phone is most likely to run on Android 12 software, and the report suggests that the Pixel 6 may measure 158.6x74.8x8.9mm. The phone is also tipped to integrate a USB Type-C port.