Leaked Pixel 6 video shows the entire assembly process of the smartphone in details. 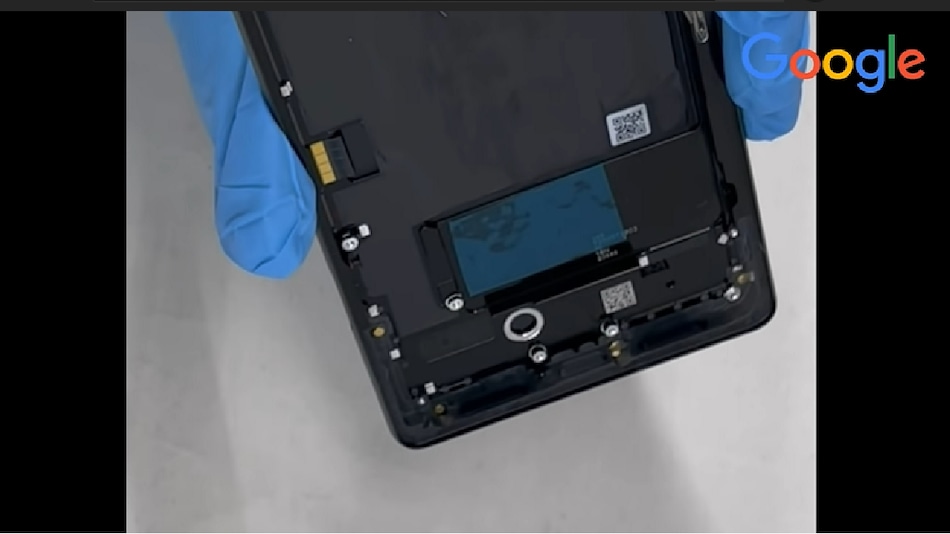 Google Pixel 6 series, which includes the Pixel 6 and Pixel 6 Pro models, is gearing up for launch on October 19. Ahead of the official debut, an assembly video of the Pixel 6 smartphone has surfaced online, showing the design and specifications of the handset. In the video, the Pixel 6 is seen to feature matte sides and sport a 4,614mAh battery. Earlier, two videos showing how to assemble and disassemble the Pixel 6 Pro appeared on YouTube but have been removed by Google.

Posted on YouTube by the Zeus Olympus channel on October 9, the Pixel 6 assembly video gives a glimpse of the design of the upcoming smartphone. The Pixel 6 assembly video doesn't include any voiceovers but it displays highlights and notes to guide the process. It shows the steps for putting together and taking apart a Pixel 6 handset. The video begins with the bottom microphone assembly and pictures are added to aid the process. The video shows matte side rails of the handset while inserting the SIM tray. The battery is shown as 4,614mAh/17.81Whr.

As mentioned, Google will unveil the Pixel 6 along with the Pixel 6 Pro as its new flagship phones on October 19. The launch event will take place at 10am PT (10:30pm IST).

Both Google Pixel 6 and Pixel 6 Pro is said to be powered by Tensor SoC. The handsets may come in dual-tone designs. The Pixel 6 Pro could feature triple rear cameras, while the regular Pixel 6 will have a dual rear camera setup.