Speculation suggests that the Pixel 5s could have mmWave 5G support. 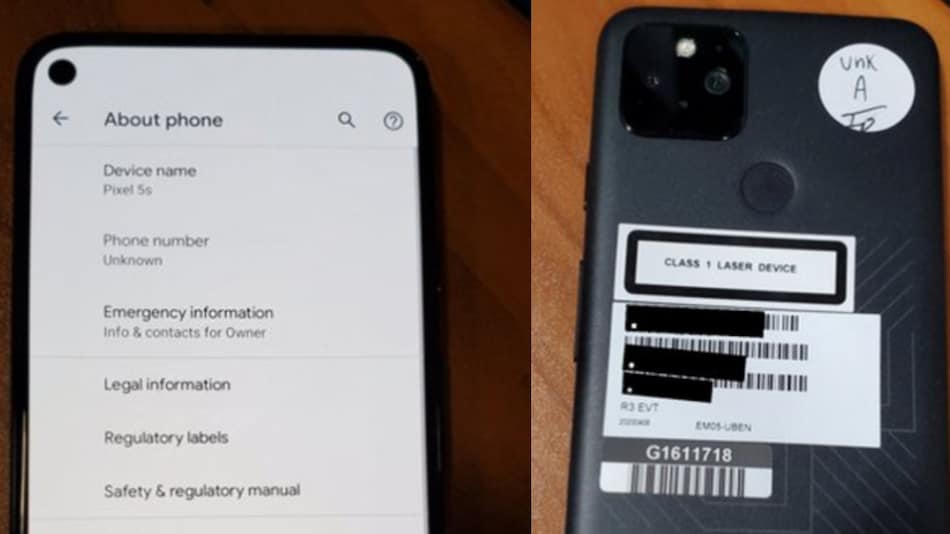 Google Pixel 5 alleged images have emerged online again, this time with the information screen on the phone referring to it as Google Pixel 5s; suggesting that the model could be another variant of the upcoming phone. The photos leaked on Twitter show the phone with a hole-punch front, a rear fingerprint sensor, and a rounded square camera array. Google is expected to release Pixel 5 later this month, so it is likely that the rumoured Pixel 5s will also be released then.

Mexican radio personality Jose Antonio Ponton posted the photos on Twitter, and the phone looks very similar to the previous photos of Google Pixel 5 that have been leaked over the last couple of weeks.

It is being speculated that the differentiating factor between Pixel 5s and Pixel 5 could be the former having mmWave 5G support. Having a model without mmWave 5G would help Google cut down costs.

The black volume rocker and power button are visible in the photos. Google is expected to launch Pixel 5 and Pixel 4a 5G on September 30.

Besides the possibility of having mmWave 5G support, Google Pixel 5s is expected to more or less have the same features as the upcoming Pixel 5. The Google Pixel 5 will reportedly feature a 6-inch OLED display with 90Hz refresh rate, plastic back panel, and rear fingerprint sensor. The phone is expected to be powered by the Snapdragon 765G SoC and have an 8GB RAM, as per previous leaks. It is also expected to pack a 4,000mAh battery.

Coming to the cameras, the Google Pixel 5 is rumoured to have a dual camera setup with a 12.2-megapixel main Sony IMX363 camera and a secondary 16-megapixel Sony IMX481 camera with 0.5x wide-angle lens. For the front camera, Pixel 5 will reportedly come with an 8-megapixel Sony IMX355 sensor on board.