The notch is gone, but thick bezels are back. 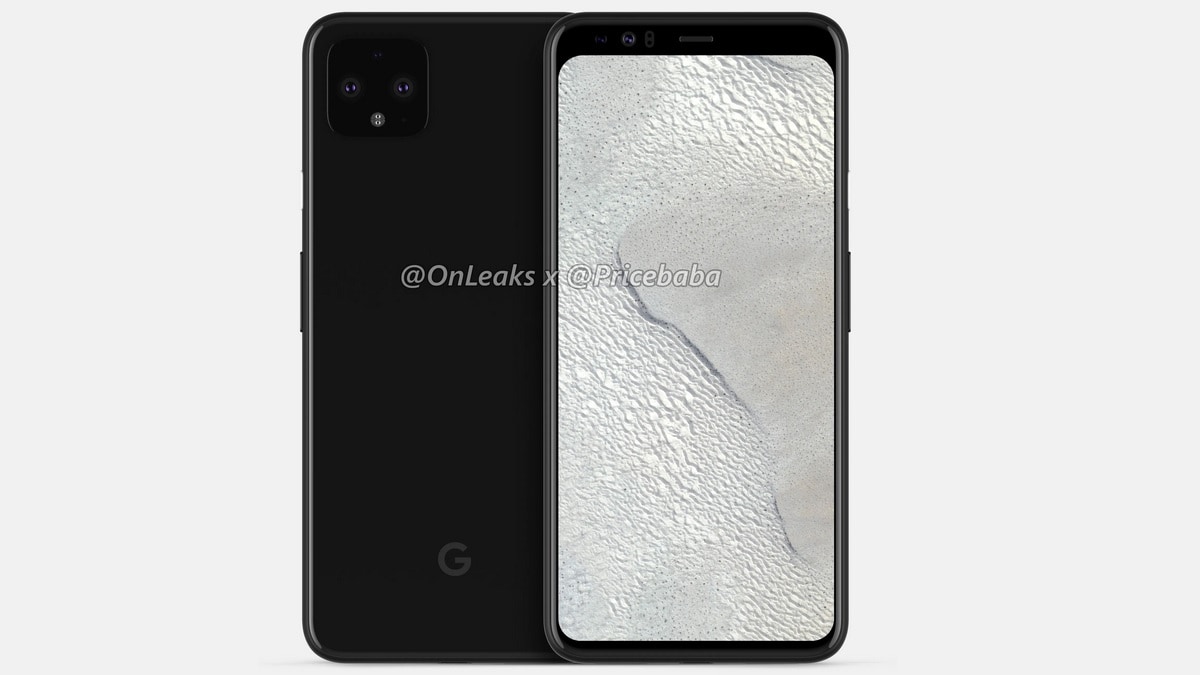 Google recently gave us an early look at the Pixel 4's design, revealing a square camera module at the back and the departure from the signature dual-tone pattern. In case you were wondering what its larger sibling – the Pixel 4 XL - might look like, there is some good news. Leak-based 5K renders and a 360-degree video of the Pixel 4 XL have surfaced online, and they show the phone flaunting a square camera module with triple rear cameras and a glossy finish. On the front, there are dual cameras hidden by a thick notch.

The alleged Pixel 4 XL renders, which come courtesy of OnLeaks in collaboration with PriceBaba, show Google's upcoming flagship flaunting a square camera module at the back, just like the one on the Pixel 4's official render. One of the key highlights of the leaked renders are the triple rear cameras arranged in a diamond-like pattern with the LED flash sitting at the bottom. One of the sensors in the triple rear camera setup is tipped to be a 16-megapixel telephoto lens.

The dual-tone design that has been a mainstay on all Pixel phones released so far has gone, paving the way for a glossy rear finish. The phone's rear panel is reportedly made out of glass. The 3.5mm headphone jack is again missing.

Google has ditched the notch and has gone back to using a thick notch to house the dual front-facing cameras, earpiece, and two other sensors. One of them is tipped to be an IR sensor that might be used for face unlock. The chin at the bottom is considerably thinner than the one on its predecessor, but still thicker than today's flagship standards.

Pixel 4 XL will feature a colourful power button to break the monotony, just like its predecessor

The resolution and aspect ratio of the Pixel 4 XL's display are not known, but it is tipped to be a 6.25-inch panel. Another disappointment is the lack of front-firing speakers, as they have now been moved to the bottom edge flanking the USB Type-C port on either side. The dimensions of the Pixel 4 XL are tipped to be 160.4x75.2x8.2mm, which means the upcoming Pixel will be taller and thicker than the Pixel 3 XL.

The latest Pixel 4 XL leak also claims that the phone will house a few other sensors on the front, sitting on the right side of the earpiece. The sensors in question might be Soli Radar components to bring hands-free navigation gesture support or to create a Face ID-like authentication system.

The Pixel 4 XL is tipped to come in a Mint Green colour option, alongside a white and black variant as well. The phone is tipped to pack the Snapdragon 855 SoC paired with up to 6GB of RAM, an upgrade from the 4GB RAM inside its predecessor.