The update is now out for all Pixel phones running Android 10, except the first-gen Pixel and Pixel XL. 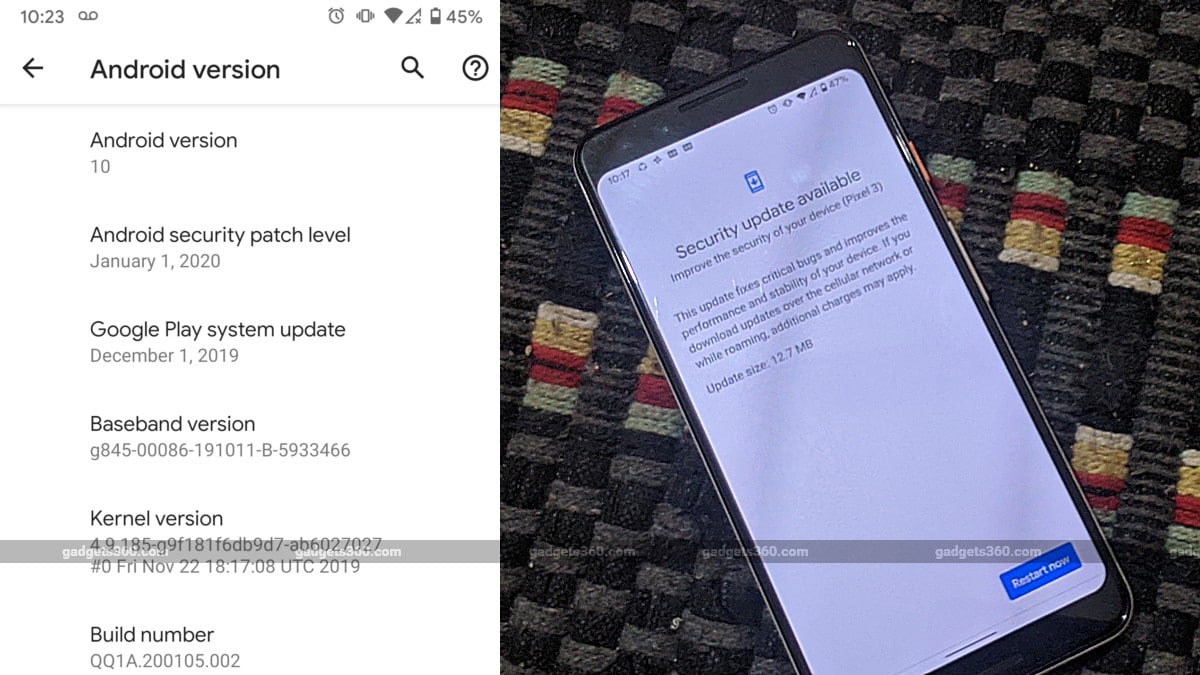 The Google Android Pixel Security Update support page mentions that all supported Pixel devices running Android 10 (except the first-gen Pixel and Pixel XL) will get the January Android security patch as part of the January 2020 OTA update. Talking about the changes, the new update brings speaker audio quality improvements during voice calls on the Pixel 3 and Pixel 3 XL, while sound quality during video capture has also received a boost on the Pixel 3a and Pixel 3a XL duo. Additionally, the January 2020 OTA update has introduced smooth display support for the WeChat app, which means the app's interface will now be smoother on the Pixel 4 and Pixel 4 XL's 90Hz display.

The more notable change is a fix for the colour shifting issue at lower brightness levels on the Pixel 4 XL. It caused the display to produce an unnatural colour tone and created weird shadows with a green or red colour cast in some cases when the brightness was set below the 30 percent or lower mark. The January 2020 update for the Pixel 4 XL claims to resolve the colour shift issue. Additionally, it fixes a host of other problems associated with notification display in UI, the flashlight toggle function, Wi-Fi crash, and connectivity issues. You can check out the full OTA files and factory images here, while the entire changelog can be read on the support page.