Pixel 3a, Pixel 3a XL Specifications Revealed by Google; Pixel 3a Name Confirmed 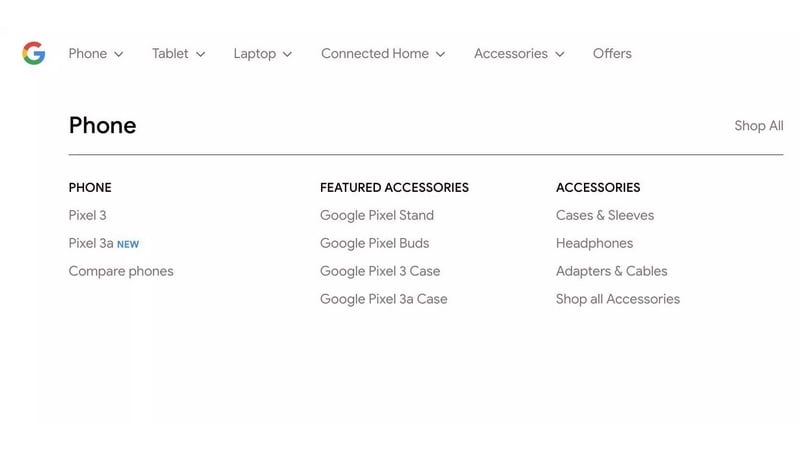 Google Pixel 3a and the Pixel 3a XL appear to be nearing their official launch. The Pixel 3a was recently spotted on the official Google Store website as a new smartphone, alongside a mention of the Google Nest Hub Max. Moreover, some specifications of the Google Pixel 3a and the Pixel 3a XL have been spotted on the Google Play Developer Console, alongside the interesting words “Pixel 2019 Midyear Experience”. Additionally, both the smartphones have reportedly received the IMDA certification in Singapore, which suggests their launch is imminent.

Starting with the listing, the name Pixel 3a appeared briefly on the Google Store website, complete with the “new” tag associated with it. The mention of Google Nest Hub Max was also spotted on the website under the connected home section. The Google Nest Hub Max will reportedly be a larger version of the Google Home Hub and might come with a 10-inch display, stereo speakers, and a built-in Nest Cam, alongside motion and sound alerts feature. However, the URL now seems to have been pulled down. The listing of the Pixel 3a on the Google Store website was first reported by 9to5Google.

Another big piece of news regarding the upcoming mid-range Pixels is their mention on the Google Play Developer Console, the platform where developers can manage and upload apps that will eventually arrive on the Play Store. Two smartphones with name 'Bonito' and ‘Sargo' were listed on the Google Play Developer console with some key specs. The ‘Bonito' details consisted of 4GB of RAM, Android Pie and a resolution of 1080x2160 pixels. This will reportedly be the smaller Pixel 3a with a 5.6-inch screen.

As for the ‘Sargo', it was listed with the same amount of RAM, Android Pie and a display resolution of 1080x2220 pixels. The Bonito will reportedly be the larger Pixel 3a XL with a 6-inch display. The listings mention that both the smartphones will come with support for Open GL ES 3.2, and serve as an indication that both the smartphones are now under testing. The Google Play Developer Console listing for both the upcoming smartphones was spotted by a Reddit user who also shared screenshots of the same.

The Pixel 3a and the Pixel 3a XL branding was recently spotted in Android Q's code as well, and some details such as Snapdragon 670 SoC for the Pixel 3a, as well as 64GB of onboard storage and an iris colour variant were also leaked. The words “Pixel 2019 Midyear Experience” were also sighted by 9to5Google on the Google Play Developer Console, indicating that these two smartphones will be mid-cycle refresh, and might be launched earlier than the tentative October unveiling of the next Pixel flagship.

Lastly, the Pixel 3a and the Pixel 3a XL, carrying the model number G020B and G020F respectively, have received the IMDA (Info-communications Media Development Authority) certification in Singapore. The certification page for the two upcoming Pixels was spotted by MySmartPrice. It is worth mentioning here that the aforesaid model numbers were seen on FCC's database well, with the latest certification indicating that a launch is imminent.