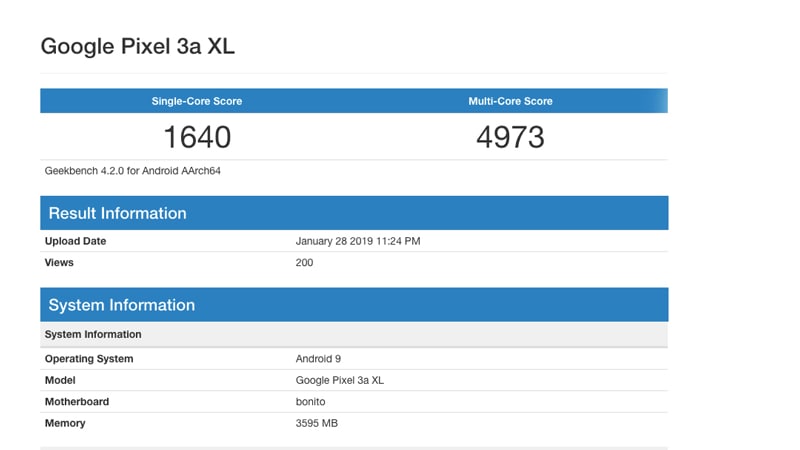 It is much-rumoured news that Google is currently working on two new smartphones allegedly called the Pixel 3 Lite and Pixel 3 XL Lite. These smartphones have been spotted multiple times in render leaks, on benchmark sites and in CAD leaks from case manufacturers. We already have a fair idea of the internals of each smartphone, but each new leak reveals more detail about the upcoming product. The Google Pixel 3 XL Lite was allegedly spotted on benchmarking site Geekbench with slightly different specifications that are more likely to be true.

We already know that Pixel 3 XL Lite might have a 6-inch display and 32GB of internal storage. As for the cameras, it has a 12-megapixel rear camera and an 8-megapixel front camera which are rumoured to deliver a similar output as the Pixel 3 smartphones. The alleged Google Pixel 3 Lite, on the other hand, is rumoured to have a 5.56-inch full-HD+, the same camera setup as the Pixel 3 XL Lite and sport a 2,915mAh battery along with support for Qualcomm's Quick Charge 4+.

Google is reportedly launching these smartphones in early spring 2019 and might be exclusive to Verizon in the US.