Google Pixel 3, Pixel 3 XL Launch Set for Today: How to Watch Pixel Launch Event and Everything We Know So Far 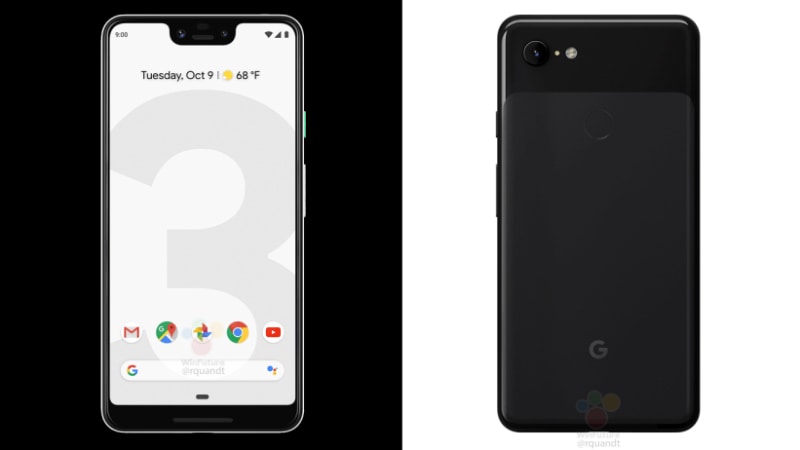 Google Pixel 3 and Pixel 3 XL are set to debut today. As a successor to the Pixel 2 and Pixel 2 XL, the new Pixel 3 models are expected to run Android 9.0 Pie out-of-the-box and will be powered by a Snapdragon 845 SoC. While the Pixel 3 XL is so far rumoured to come with a display notch, the Pixel 3 could come with a traditional design that won't include a notch. Both new Google smartphones are so far found to have multiple colour options, including Black, White, and a suspicious 'Sand' variant that could be close to the Pink colour. Rumours have, however, additionally suggested the existence of a Mint coloured Pixel 3 variant. The latest Pixel models are also likely to come with a dual selfie camera setup. At the Google Pixel launch event, the company is also expected to unveil a new Chromecast dongle, the Home Hub, and Pixel Stand, apart from the Pixel Slate Chrome OS tablet.

Where to watch Google Pixel 3 event

The Google Pixel 3 launch event is taking place in New York City. The event will begin at 11am EST (8:30pm IST). It will be live streamed on YouTube through the Made by Google channel, and you can catch it here:

As per the rumours, the Google Pixel 3 will feature a 5.5-inch full-HD+ (1080x2160 pixels) display, while the Pixel 3 XL will come with a 6.3-inch (1440x2880 pixels) QHD+ display. Both are expected to run Android 9.0 Pie and have a Qualcomm Snapdragon 845 SoC, coupled with 4GB RAM. The Pixel 3 and Pixel 3 XL are expected to have a dual selfie camera setup that will include two 8-megapixel sensors. On the back, the Pixel 3 XL is rumoured to come with a 12.2-megapixel sensor. There could be features such as a dedicated Portrait mode and some selfie-focused improvements. Further, the handsets are rumoured to come preloaded with a 'Top Shot' feature that is found to "capture the perfect shot every time". A commercial also recently revealed a "groupie selfies" feature. Plus, the Pixel 3 family is expected to have an Active Edge feature that was sported on the Pixel 2 models last year.

Stay tuned to Gadgets 360 for more details live from the Google Pixel launch event on Tuesday, where as we mentioned, we can expect other products to arrive - the a new Chromecast, the Home Hub, Pixel Stand, and Pixel Slate. All four devices has been leaked in the recent past, however, we can't be sure that all will be launched at tonight's event.