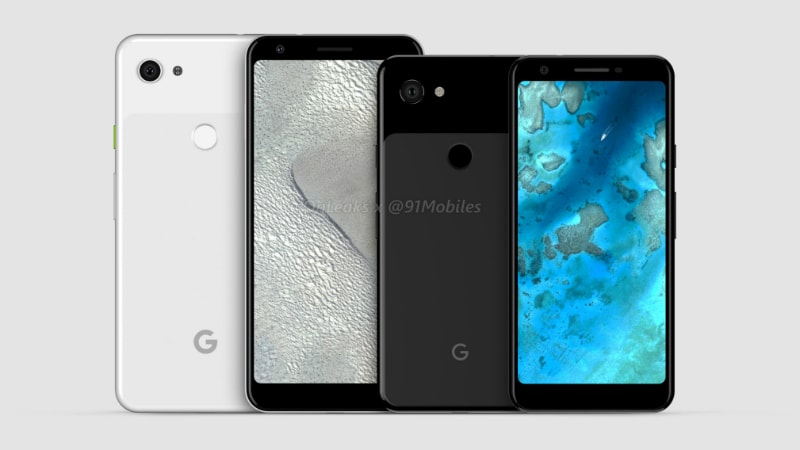 Google Pixel 3 and Pixel 3 XL were launched last year, and reports of 'Lite' variants for both the phones have been doing the rounds for a while now. The Pixel 3 Lite and Pixel 3 XL Lite are expected to launch in Spring this year, and now the two variants have passed through certification. The two Google variants have appeared in filings made with the US Federal Communications Commission (FCC), hinting at an imminent launch. Four separate filings each for the Pixel 3 XL and Pixel 3 XL Lite were spotted, likely for different storage option. Google is yet to officially state anything about these lite versions of the Google Pixel 3.

The Pixel 3 Lite and Pixel 3 XL Lite are reported to have a Qualcomm Snapdragon 670 or Snapdragon 710 SoC, 4GB of RAM, 32GB of onboard storage, a single 12-megapixel rear camera, and an 8-megapixel front camera. Previous reports also suggest that the new Pixel phones are also said to retain the traditional headphone jack. Moreover, the Pixel 3 Lite is reported to feature a 5.5-inch display, while the Pixel 3 XL Lite could have a 6-inch display. A GeekBench listing also suggests the larger variant to sport a 6GB RAM.

The Pixel 3 Lite is also tipped to sport a 12.2-megapixel primary camera and an 8-megapixel single selfie shooter. The alleged Pixel 3 Lite has a 2,915mAh battery and runs Android 9 Pie.

Apart from the new smartphone, Google is also reported to expand its hardware lineup by introducing a Pixel smartwatch to take on the likes of Apple Watch. All of the new hardware is set to be unveiled after Google I/O.