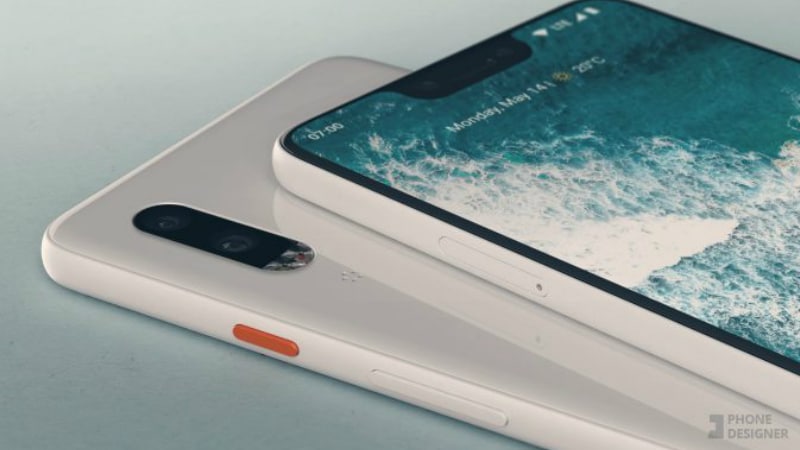 Google's flagship devices for the year 2018 are expected to arrive sometime in October, alongside the commercial release of Andorid P. The smartphones are mostly going to be called Google Pixel 3 and Google Pixel 3 XL, with a third more affordable device also rumoured. As the tradition goes, leaks have already started to trickle in. Codenames for the Pixel devices have cropped up in AOSP listings since the last two years, and this year is no different. Three Pixel codenames were spotted) back in October last year - albacore, blueline, and crosshatch - presumably meant to signify A, B, and C. While crosshatch was spotted in a comment to an AOSP commit before, now blueline has been spotted in an AOSP commit.

9to5Mac reports of a smartphone codenamed 'blueline' being spotted in an AOSP commit in reference to testing done of a "new spam API" for the phone dialer app that "can query additional data." This again suggests that the Pixel 3 smartphone is codenamed blueline and that software testing has already begun.The report also points to several commits for crosshatch

Early leaks suggested that Google is working on three Pixel devices for 2018 reportedly codenamed crosshatch, albacore, and blueline. Out of three rumoured Pixel devices: two will belong to premium segment while the third will be high-end. Unfortunately, there are no more details around the alleged crosshatch, albacore and blueline devices for now.

The first generation Pixel smartphones had codenames like Marlin and Sailfish, and the Google Pixel 2 and Google Pixel 2 XL were codenamed Walleye and Taimen respectively. Therefore, Pixel 3 codenames don't come as a surprise, but we hope to get more clarity on which codename is for Pixel 3, Pixel 3XL, and more details on the third variant as well as time progresses.

Leaked renders suggest that the Pixel 3 XL may be the only variant that will see the notch design and that the display for the OLED panel will again be made by LG only. There's a slight chin at the bottom, and a vertical dual rear camera setup at the back.

We expect Google's next flagship to come with features such as a Qualcomm Snapdragon 845 SoC, dual rear cameras, and 6GB or 8GB of RAM. These and other details will get clearer closer to launch that might happen in the second half of 2018.