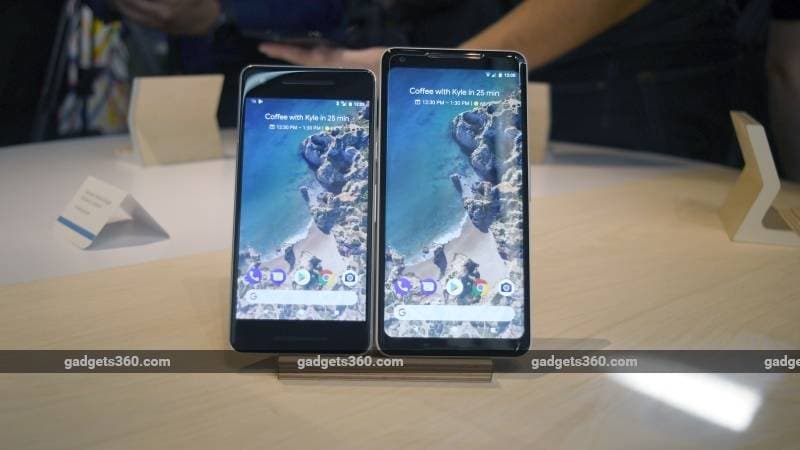 Airtel has announced that it will sell the Google Pixel 2 and Pixel 2 XL via its online store. While the handsets are available across various channels, Airtel has introduced the two smartphones on its online store with down payment options along with bundled monthly plans. Google Pixel 2 and Pixel 2 XL were launched in India in November 2017. Since then, we have seen numerous price cuts and cashback offers on Google's current flagship phones. Now, Airtel is offering customers the Pixel 2 and Pixel 2 XL with down payment options starting at Rs. 10,599 under the new plan. On top of the down payment, Airtel requires customers to subscribe to its postpaid plans for 18 months to get their hands on the handsets.

Under the Airtel offer, the Google Pixel 2 (64GB variant) is available on the online store at a down payment of Rs. 10,599 and 18 monthly instalments of Rs. 2,799. The Pixel 2 (128GB variant) is available with a down payment of Rs. 12,599 and here too the buyer has to go for 18 monthly instalments of Rs. 2,799. To note, the monthly instalments come with a postpaid plan that offers 50GB data (with rollover), unlimited calling (local and STD), free national roaming, subscription to one-year of Amazon Prime membership, Airtel Secure, and Airtel TV.

Airtel is also offering a free handset protection plan with the purchase of Google Pixel 2 series. It is worth noting that Google Pixel 2 and Pixel 2 XL are also available to buy via online store like Flipkart, as well as, offline retail outlets in India.

To purchase the Google Pixel 2 or Pixel 2 XL via Airtel Online Store, go to its website and select the smartphone. You will have to check your eligibility to get loan approvals. Then you will need to make the down payment, and Airtel will deliver the handset to your location. Notably, upon activation, the bundled Airtel postpaid plan will automatically apply on your smartphone.